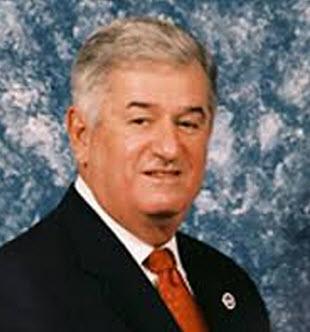 The populism intertwined in Louisiana’s political culture contains a fatal conceit that has held back the state for so long, which expressed itself in the Senate’s decision henceforth to hold secret ballots for Senate leaders that ultimately will change little, and perhaps for the worse, because the problems deemed solved by this do not come from outside the Legislature, but from within its own members.

Under current rules, a voice vote determines the presidency. Under the new rule passed yesterday, the president and president pro tempore will be selected by secret ballot in two rounds if necessary. Currently, the House follows the current procedure, but it could make a similar change today.

The rationale stated by some for the switch that attracted all but five votes was that it increased legislative independence. Supposedly by having a public vote this would prevent a governor from backing a particular candidate, where knowledge of who voted for whom would guide the chief executive in decisions such as concerning members’ bills to support or veto these, capital outlay items to recommend, whether to veto those, and in influencing committee assignments as the president makes those appointments. In essence, a governor could not visit retribution lacking this information, and it could increase the chances of election of somebody less allied with the governor, for by breaking the governor’s stranglehold senators now will have gained the liberty to vote for whomever, so the assertion goes.

For the most part, this is poppycock. If senators considered themselves imprisoned to the governor’s leadership choices, it has been a prison of their own making. For example, they can override vetoes, and without a bothersome veto session if they don’t dawdle and pass legislation early enough in the session; they don’t have to give the governor power over capital outlay if they would not overload that bill with items beyond the state’s spending limit and if he does cast vetoes on these to override those; and, most importantly, at any time they can grab the conch shell and find a new head to stick on a pole by removing the president with a simple majority vote.

In fact, history demonstrates that the alleged ironclad control a governor can force on the Senate largely is a campfire myth. About a quarter century ago, in the middle of former Gov. Buddy Roemer’s term, the Senate just up and kicked out of the presidency Roemer ally former state Sen. Allen Bares over disgust with the governor. More recently, the only vote against current Pres. John Alario, that of state Sen. Barrow Peacock, did not see the wrath of Gov. Bobby Jindal descend upon him; Peacock still gets bills passed – 12 in all signed by Jindal in the past three years with none vetoed – and Shreveport and Bossier City still get plenty of capital outlay items funded, largely because of the high degree of ideological congruence between the two. About the only negative it seemed for him was less illustrious committee assignments – although as one of just a few incoming freshmen without prior experience as a legislator, he wasn’t going to do great on that account anyway.

Committee chairmen and members do get removed on rare occasion for bucking the administration, where it appears the offense in its eyes qualifies as exceptionally egregious. Lots along these lines goes unpunished, however, and, again, the power to stop this already lies in the hands of the Senate, who could dump the president in response.

Nor is there any evidence that gubernatorial influence over Senate decisions will diminish dramatically as a result of a different presidential election process. Prior to the new term, a reelected governor/governor-elect still can make known his preferences with that candidate still able to wheel and deal to secure the job, even if retribution exits the mix – although the entire loss of that ability seems questionable, for as secret as a ballot might be, some senators make their choices obvious and information around the Senate has a way of becoming broadly known.

So, at best, the end result of the change will disrupt marginally power exerted by alliances among legislators and the governor. It might decrease to a minor degree the legislation a governor wants to pass doing so and that which he does not stifled. But no substantial change will occur until the Senate exerts the powers it has already and that it has shown willingness to employ in the past, with the incentives to do so little affected by the change.

Indeed, there is a distinct drawback to the new arrangement, a loss of transparency. No longer, for example, could the likes of Peacock make a credible promise to voters that he would not vote for Alario as president. A presidential candidate for members’ consumption as a tool to attract support could say he makes no deals while on the sly doing exactly that.

In reality, three reasons explain why a large Senate majority embarked on this move. One came from a sense of its own enforced perceived impotence that required a temper tantrum against Jindal for horrendous slights as recent as checkmating them into signing off on a complicated political fig leaf on taxation and as distant as hanging many of them out to dry when they decided to pay themselves full-time wages for a job designed deliberately to be part-time. A second comes from a desire to garner good public relations in creating the impression that they no longer subsist as whipped curs (even as they tacitly approved of the whipping) but now have reared up on their hind legs and puffed out their chests to show their alpha status, in order to signal to the electorate that whatever low opinion voters may have of them for the state’s budgetary ills it’ll all be different now if you just reelect them this fall.

The final reason relates to how this mostly inconsequential effort fits the populist mold in Louisiana politics. Politicians of that persuasion, because of the Manichean view they have, yearn for a figure to arrive on horseback, or for a magic bullet to be fired, to solve their perceived woes. For them there’s always somebody else to be blamed, not us or themselves, for our ills but if you find a way to sideline those revanchist forces, all will be well. Until, of course, the indignities persist because the problem is in themselves by their unwillingness to admit that changing the way government intrudes on people’s lives doesn’t work, precisely because government intrudes too much on people’s lives.

If you want to bring rationality to Louisiana’s fiscal system, if you want to cure government from a spending problem, if you want to empower schoolchildren instead of special interests, if you want to health care delivery to put patients before jobs, if you don’t want to overburden taxpayers in funding higher education, if you don’t want to disproportionately and unfairly tax the wealth creators in the economy, if you want to protect liberty, this alteration just doesn’t matter. The Senate’s inability to address successfully aspects of these issues has nothing to do with its leadership selection method but everything to do with that third motivation to alter that procedure. Until that tendency in the political culture dissipates sufficiently, none of this matters.

More in this category: « Louisiana Democrats claim Jindal-Norquist’s SAVE budget gimmick looks lost Tick-tock; Jindal in Louisiana House and Budget, SAVE uncertain »
back to top