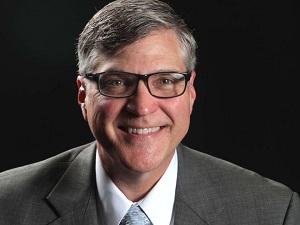 Is the Louisiana budget really balanced now that the Louisiana’s legislative session is history? If not, what will the state do to balance the budget?  Did the revenue measures have the required vote to pass or did they need two-thirds vote?  Since the budget next year appears to be just as bad as this year’s, will we see more taxes?  Are Republican officials in a position to raise more revenues through taxes and fees?

These were some of the issues discussed in a Google hangout interview on Friday, the day after the Louisiana legislative session ended.  Participating in the discussion was former statewide official Jim Brown, pollster Bernie Pinsonat from Southern Media and Opinion Research, Monroe News-Star political reporter Greg Hilburn and Bayoubuzz publisher Stephen Sabludowsky.

Read part one of the discussion at the bottom of this narrative. Part three, tomorrow:

Hilburn: Well, technically, but we really don't know we, I talked to a lawmaker this morning, who said I hope we didn't do anything too... They don't know they didn't see, the... They didn't have time to analyze conference reports, nobody has analyzed them yet. I haven't. That will come today and this weekend maybe. But yeah, it will technically be balanced, it has to be, they will make adjustments. But it's still not what you would call an efficient way to run things

SABLUDOWSKY: So make adjustments you know

PINSONAT: It's balance but has a lot of money that really doesn't exist

but is it really balance though? The thing is--the governor made commitments that he's not going to veto, so what's he going to veto in order to balance the budget? Am I misreading this?

JIM: Steve, We've got to recognize is--that some pretty well-thought-out voices including the Public Affairs Research Council, the Bureau of Government in New Orleans, Treas. John Kennedy--are all saying a good number of these revenue enhancers were passed were not pass by a two thirds vote so therefore they are open to a challenge, so if it is not balanced, there could be a huge hole there, the courts create by throwing out some of these enhancements that did not get the two thirds vote.  CB Forgotston, for example, has very articulately written about the fact that you need a two thirds vote and that they didn't get the two thirds vote on a number of the proposals out there.  So it may be, whatever it is right now, it may in a next couple months be a lot worse

Wilburn:  that's true, someone has to balance it, which would make for a good news story but there's a lot of things that could go challenged and most never do, the truth of the matter is

Pinsonat: well I agree, and you have to be willing to spend a lot of your personal money and then you have to prove you have a reason to be, part of to even file the suit, but most people don't have two or $300,000 to spend on going all the way through the process which is a minimal of a couple hundred thousand to get through the courts

Hilburn: which they may do on principle

Pinsonat: well principle, unfortunately doesn't get you very are in courts

Sabludowsky: so even if they don't if they don't file a lawsuit to challenge--how are they going to balance, this was done in the last minute, we have no idea what's going to happen, so therefore, were talking about a gubernatorial veto of some measure or were talking about a cut--either prior to Jindal's leaving or after he leaves.  Is that how we're going to balance the budget?

Hilburn: If it comes up short, what you do is you make a midyear budget cut which is been done every year for the past few years that I can remember, that's how it works

Sabludowsky: throughout the Jindal administration

Pinsonat: I think what is done is done.  I think the analysis of what was done and what the consequences are is what's going to determine the fate of the taxpayers and the services they get. They passed a budget, they've done it this way--for the last five, six, seven years. I don't think taxpayers are going to get that upset about it. They can make corrections. What is important is they did not solve the problem. What they did set up the next governor to have an incredibly tough time. And what they did didn't do anything to solve that the legislature and the governor has with taxpayers and their unwillingness to give them another dime. And how is the state of Louisiana going to operate unless they cut $1.6 because they don't have the revenue to pay for it.

Hilburn: the key, as you mentioned, as Bernie mentioned, the only tax that doesn't sunset is the cigarette tax and that's a $108 million so were talking about $600 million that's going to disappear again either in a year or by the end of three years, certainly.

Pinsonat: We don't have any footing right now to take the next step for the next governor which is to have enough revenue and you got to change the system, but before you can change the system, you can do what they did and tax business, but the next governor, is somehow has to convince the public that they need to pay more. And that's going to be a real top selling job because we will probably have a Republican governor, probably will have a Republican legislature and as Jim Brown has pointed out, is not going to last too long, where Republicans are going to be leading the charge for more and more revenue and their life will become very uncomfortable

Hilburn: Well that's a great point and ultimately, there were most Democrats and many other Republicans wanted to vote down and go to a veto session but what the truth of the matter is, they could have gotten to a veto session, I talked to Alario, he was going to join the Senate was going to join them, but getting to the veto session was the easy part. You've got to remember that most of these votes, that was pointed out earlier, Stephen, Bernie, Jim--they were hard votes and they did not get 70 votes, it would absolutely take 70 votes for an override. So hell, your 600 million in the hole, or 700, so had they gone, it was easy, they can say we go to a veto session and override, well, the session could've happened but the override was unlikely, is my opinion.

Officially, the Louisiana budget was balanced with not a second to spare. On Thursday of last week, as the clock ticked, the Louisiana legislature, after a two-month session, finalized the state budget with its $1.6 billion shortfall by raising fees, taxes and by making cuts. The problem, however, appears to be that the fix was merely short-term and the budget solution which begins July 1 2015 might even last until Gov. Bobby Jindal serves his last day in office, mid-January 2016.