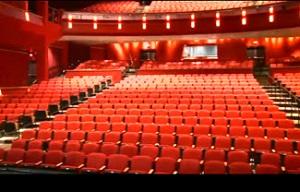 Technology plays a vital role in a business environment. Often times, it enhances communication and efficiency, allowing a business to operate at a highly effective level. As technology continues to evolve to meet the needs of individuals and businesses alike, business owners should be aware of the most up-to-date information and resources available to help their companies connect, grow, and thrive.

As part of the ongoing Prosper Jefferson seminar series, the Jefferson Parish Economic Development Commission (JEDCO) and the Jefferson Chamber of Commerce teamed up to bring you "Office Technology: Tools to Support Efficiency & Growth in the Workplace." Hear from three experts in the technology industry as they cover a variety of issues, including:

•             Mobile technology and how it impacts your business and your customers

Join us Wednesday, June 24th, at the East Bank Regional Library's Jefferson Room (4747 W. Napoleon Ave. Metairie) from 9:00 AM - 10:30 AM. Admission is free, but registration is required to attend. The event is open to all businesses and entrepreneurs. Register online at www.jedco.org/events.

Brian has over 15 years in technology consulting which allows him the ability to play an integral role in the product development process for Venyu. With certifications from Microsoft, Citrix, and VMware Brian has the expertise necessary to architect data protection, disaster recovery, and hosting solutions for just about every challenging scenario a business could face. Prior to joining Venyu, Brian worked for PPI in Baton Rouge, where he was the area General Manager responsible for sales and product delivery. Brian holds a bachelor's degree in political science from Rhodes College.

Chuck has been an Account Executive with Level 3 (formerly tw telecom) for the past 5 years, with experience in the telecom industry for over 19 years. He is a Nationally recognized Sales Leader and has been awarded Top Honors at Nextel, Sprint and tw telecom. At Level 3, Chuck works with Medium to Large Enterprise Class customers to provide Voice Services, Private Data Networks and Dedicated Internet Access. In his spare time, Chuck volunteers his time as a Professional Auctioneer and MC. He works with many Non-Profit agencies in and around the Greater New Orleans area including the George Rodrigue Foundation of the Arts, the American Cancer Society and the Special Olympics. He is also a Taekwondo Instructor at Premiere TKD in Slidell, Louisiana where he is pursuing his Second Degree Black Belt.

Kerry W. Kirby is an entrepreneur, technology innovator and the founder and CEO of 365 Connect, an award-winning technology platform provider that exclusively serves the multifamily housing industry. Kerry is a renowned speaker, author and media expert on technology. He has published numerous articles, case studies and is a contributor to several nationally published books on real estate and technology. Kerry has been a guest lecturer, featured speaker and panelist at numerous universities, conferences and events. Known for his passion to foster the next generation of technology innovators, Kerry is one of the most notable supporters of technology and educational events in the New Orleans area, and has been named as one of the most influential people in technology and entrepreneurship in Louisiana. Kerry has been featured on the BBC Digital Planet program, NPR and various news and industry media outlets. He has led 365 Connect to receive an array of national and international technology awards.

Last year, Sen. Crowe (R-Pearl River) authored Senate Bill 413 to rename the bridge, which was unanimously approved by both the House of Representatives and the Senate in May 2014. Governor Bobby Jindal signed the bill in to law on August 1, 2014.

Frank Davis was an iconic television and radio personality to the greater New Orleans region, including Slidell and the Northshore, and brought the Louisiana “flavor” to our region and beyond. His early radio career, published books, weekly appearances in the kitchen on the WWL-TV Eyewitness Morning News, his 'Fishin' Game Report' and 'Naturally N'Awlins' features brought him into thousands of Southeast Louisiana homes over a 40+ year career. Frank passed away in December 2013.

The ribbon cutting ceremony will include guest speakers and public officials from our state government, television personalities, and Mary Clare Davis. A small reception will immediately follow.

Doors will open at 6:30pm for the gala reception with show time immediately following at 7:30pm.  Champagne, hors d'oeuvres, and other refreshments will be served alongside the famous Rodrique Steinway “Blue Dog” Piano, with reception entertainment provided by members of the Louisiana Philharmonic Orchestra.

Tickets, inclusive of performance and gala reception, are now on sale: $75 (balcony) and $100 (orchestra).  Business or cocktail attire is requested.  Patrons are encouraged to purchase in advance at www.jeffersonpac.com, by phone at (877) 840-0457, or in person, subject to availability, at the JPAC box office during select hours on June 18th, 19th, and 20th.

“In recent years the State Art Collection has mostly been in storage or displayed in state buildings,” Lt. Governor Dardenne said. “Our goal was to find a place for citizens to enjoy their art collection, and due to its mission and its location, the Alexandria Museum of Art is a natural fit.”

The Alexandria Museum of Art will include a large portion of the State Art Collection merged with its current collection targeted for display to the public by early 2017. In the meantime, select pieces are displayed for visitors.

“AMoA is very pleased to accept this transfer of Louisiana art to our permanent collection,” Executive Director Catherine M. Pears said. “Since receiving our reaccreditation in 2013, we have been focused on growing and improving our collection and this gift brings us much closer to our goals. We are seeking to install our collection galleries in early 2017 to coincide with our 40th anniversary.”

AMoA was established in 1977 in the historic Rapides Bank building and expanded in 1998 to include its grand foyer and expanded exhibitions space and offices. In 2006, AMoA affiliated with Louisiana State University of Alexandria, a move that has leveraged the assets and resources of both institutions in order to provide the most benefit to the community. AMoA now also serves as a downtown presence for LSUA in addition to anchoring the Cultural Arts District in downtown Alexandria. With sustainability and collaboration in mind, the Alexandria Museum of Art seeks out creative ways to accomplish its mission while providing for the needs of our community.

This Spring, AMoA received the Arts, Culture, Heritage, and Education Award from the Alexandria/Pineville Convention and Visitors Bureau and the Best Nonprofit Award from the Central Louisiana Chamber of Commerce.

Thanks to IBERIABANK, the Breakfast Briefing is free to the public. Please let us know if you plan to attend by Tuesday, June 16. To make a reservation, email [email protected] or call

This proposed rule change already has resulted in the loss of four major industrial projects in the Capital Region totaling 2,000 direct and indirect jobs, and more than $7 billion in capital investment. In March, BRAC issued a Public Policy Commentary and cautioned that, should the Obama administration pursue a standard of sixty-five ppb, eighteen of the U.S.’s twenty top-performing metropolitan economies would find themselves in a regulatory posture of “nonattainment,” and all the regulatory consequences that entails.

Ross Eisenberg, vice president of energy and resources policy for the National Association of Manufacturers (NAM), also testified. “This proposal is likely to be the most expensive regulation ever, costing as much as $140 billion per year and placing the equivalent of 1.4 million jobs in jeopardy annually,” Eisenberg said, representing the largest industrial trade organization in the United States. “Manufacturers operating in newly designated nonattainment areas could be effectively closed off to any new growth, and even manufacturers in areas that comply with the new standards will struggle to model attainment and obtain their new permits. No sector will be spared, and the nation’s manufacturing comeback—driven largely by an advantage on energy—could be placed in jeopardy.”

Following are the potential implications for Louisiana according to NAM estimates:

The Energy and Commerce Committee’s official webpage includes an infographic that quantifies the impact of the EPA’s proposed changes on individual state economies.

The U.S. Chamber earlier this year recognized BRAC for its leadership on this issue, following the organization’s release of the Public Policy Commentary, grassroots letter writing campaign, and blog posts about the far-reaching effects of the EPA’s proposed changes on the nation’s top 20 performing metros.

“While BRAC is certainly pleased to be recognized for subject matter expertise in this area, clearly we’re more concerned about the negative impact to our region’s economic competitiveness as a result of proposed changes to current standard,” said Adam Knapp, president and CEO of BRAC.

Geri-Care is celebrating its success with its first plant in Gulfport by giving new life to a now desolate and Katrina destroyed building that is adjacent to its current facility. The expanded production capacity should generate nearly 200 new jobs once the factory is working at full capacity.

"We are thrilled to be able to bring more jobs to Gulfport and to partner further with the community there,” says Eli Shindler, President and CEO of Geri-Care Pharmaceuticals. “We appreciate the support of Governor Bryant and all elected officials attending our groundbreaking. It is encouraging to see that Walmart and many other national distributors all share our sentiments that it of utmost importance to keep manufacturing in America."

Our current plant, initially built by Phillips’ to produce antacids, is well designed to manufacture a quality product. It was subsequently purchased by pharmaceutical titans Bayer, then Smith-Kline, and eventually ANI Pharmaceuticals. The factory, blessed with a superior workforce, was producing antacid products for Walmart and many other national chains. In August 2010, Geri-Care received a letter from ANI Pharmaceuticals that they were closing the plant and laying off all their employees.

“Geri-Care has made tremendous efforts to bring Walmart customers high quality, U.S.-made products to our stores across the country,” said Michelle Gloeckler, EVP of consumables, health & wellness and U.S. manufacturing lead for Walmart. “We are proud to support manufacturers, such as Geri-care, who share our passion to create jobs for American workers and strengthen local economies.”

On October 12, 2010, Geri-Care, the New York- based pharmaceutical company, acquired the virtually defunct ANI plant in Gulfport, Miss., immediately saving almost 100 jobs. Geri-Care renamed the plant to GCP, and invested in the facility with a major renovation, new equipment, and a progressive management team.

Since then, Geri-Care’s GCP plant has thrived as the nation’s leading manufacturer of antacid products. Within two years, the labor force was significantly expanded and sales had more than doubled. While so much of manufacturing had moved overseas, Geri-Care had revived the concept of American manufacture for products that were in great demand by consumers. This is thanks to the support of companies like Walmart, Walgreen’s, Rite Aid, CVS, Mckesson, Medline and others. Today, Geri-Care is the largest manufacturer of liquid antacids in the world.