Al-Habtoor for US President to destroy ISIS 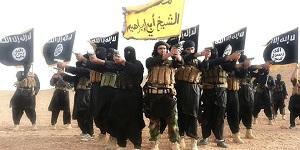 Probably not, because he is from the United Arab Emirates.  But I want to vote for him!

Why? Because he knows what to do about ISIS!

Shoot them.  Kill them.  Knock them down and lock them up before they destroy the world.

And that includes the Muslim world.

So far, nobody has done anything.  Our illustrious US. president, whose very name sounds like he might have a personals take in the matter, has done nothing– zippo– zilch– to stop ISIS from destroying the Middle East.

What is with that?

ISIS kills Christians for sport.  It kills Muslims to send a message of fear.  It is the new psychopath on the block that dares to call itself the voice of God.

The United States is the most powerful nation on Earth.  I am capitalizing “earth” to make a point.  But it is doing NOTHING to stop ISIS.

What could be too hard for the greatest nation on Earth?

Didn’t we just rebuild the World Trade Center?  Have we forgotten everything that happened?

ISIS is an atrocity from which nobody, nobody, is safe.

ISIS kills everyone, even devout Muslims, for no good reason.  It steals the youth of our nations.

ISIS just wants to kill, and it wants to terrorize everyone.  It wants to knock on everybody’s door.

When the Nazis started terrorizing Europe, everyone kept telling everyone that things could never get that bad.  But things got that bad, and very quickly.  It took a great and deadly war to stop the Nazi incursion.

What will stop ISIS?

Only one thing will really stop a force like ISIS.  Thinking men and women who will stand up and be counted, and push their governments to do the things that governments are elected to do.  We should take heart from Khalaf Ahmad al-Habtoor–  a Muslim, a businessman, a visionary, a contractor, a scholar, a person who recognizes ISIS’s great evil and has the courage to speak out against it.  Read al-Habtoor’s article:  http://english.alarabiya.net/en/views/news/middle-east/2015/06/13/It-is-our-disease-and-we-must-cure-it.html.  If this Emirati contractor has the courage to stand up and call ISIS what it is, to its face and where it lives and breathes, we should all support him.

Al-Habtoor is a man who we are proud to call one of our own.  If he were here in South Lousiana, we’d take him hunting right now.  And we’d have target practice!  I can think of a poster or two we could use.  I can think of a swamp or two where some interesting renditions could take place.

Who needs Quantico when we’ve got Tangipahoa Parish?

The Middle East is what it is because of the great Abrahamaic faiths, and all that came before.  He who seeks to destroy all that seeks to destroy only himself.  And why should anyone be terrorized by such a wayward, delusional child?

It’s time to knock ISIS to the ground.

And it’s time to raise a cheer to Khalaf Ahmad al-Habtoor, and ask him what he needs from us.  Then, we need to tell U.S. President Obama what we’d like him to do to solve the problem.  He’s got more than a year left.  That’s more than enough time to end ISIS.

ISIS is a Middle Eastern problem, true enough.  But our Judeo-Muslim-Christian heritage certainly stretches at least that far.

We don’t have to be Muslim to call Khalaf Ahmad Al-Habtoor a brother!

He has reached out to all of us.  Now, we need to reach right back.