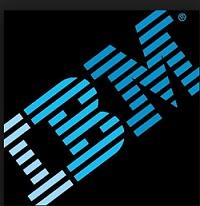 The Democratic National Committee poked at Louisiana Governor Bobby Jindal and some of the likely GOP presidential field today after news broke that the technology-giant, IBM, has cancelled its ribbon cutting because of a Bobby Jindal executive order concerning what the Louisiana governor calls protecting religious freedom.

According to WAFB.com, “IBM has cancelled Monday's ribbon-cutting for its new National Service Center in Baton Rouge because of Governor Bobby Jindal's executive order.

The event on June 22 had been reserved for months, according to several city leaders, including Davis Rhorer, executive director of the Downtown Development District.”

Eric Walker, DNC Regional Press Secretary responded with the following statement, “After a slow-rolling disaster that was the Bobby Jindal budget fiasco and with his poll numbers falling, perhaps the governor should stop antagonizing business with his discriminatory policies. cc: Mike Pence, Jeb Bush, Marco Rubio, Scott Walker, Rand Paul, Rick Santorum and the rest of the Republican presidential field who support bad-for-business bills like this one.”

Earlier this spring Jindal backed the “Marriage and Conscience Act,” a bill that arguably discriminated against gays.  After the legislation failed to get to the House floor, Jindal surprised the state and the nation by implementing part of the legislation by executive action.

IBM had warned Jindal that the bill “legally protects discrimination based on same-sex marriage status will create a hostile environment for our current and prospective employees, and is antithetical to our company’s values. IBM will find it much harder to attract talent to Louisiana if this bill is passed and enacted into law.”

Jindal, in turn has taken the controversy on the campaign road and on national television.   While addressing a conservative-religious conference, Jindal repeated his now-familiar assertions:

Jindal said, as he has before, that he has a message for big business: “You might as well save your breath when it comes to the state of Louisiana because I am standing for religious liberty every chance I get.”

Corporate America has entered into an “unnatural alliance with the radical left,” Jindal said.

Jindal is expected to announce his presidential candidacy this Wednesday in Kenner Louisiana, a New Orleans suburb.