Louisiana’s GOP All in the Family: Boustany vs. Landry 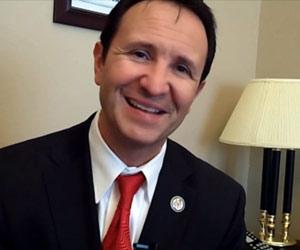 As usual in these kinds of cases, the reason for the intensity of Louisiana’s Third House District contest between U.S. Reps. Charles Boustany and Jeff Landry is because they are so similar on the issues – which produces an opportunity actually to dissect and discuss the issues.

Trying for his fifth term, Boustany, from an old-line political family in Lafayette, got matched with freshman Landry, with a much newer political pedigree, because of redistricting brought about by Louisiana’s failure to grow much in population in the last decade. Both being Republicans in an area that has evolved into a solidly conservative national electoral district, one will win.

Certainly they differ in style. Boustany takes a measured approach that focuses more on the deal-making aspect, while Landry forcefully articulates issue preferences that highlight policy and where preferences differ among representatives. To oversimplify, they pose the “insider” vs. the “maverick,” and provide contrast on the eternal political question of democratic rule of whether meaningful policy gains can come given the costs of compromise in their achievement.
This dichotomy has become the dominant narrative in the contest accepted and propagated by the mainstream media, despite the fact that on the issues the pair doesn’t differ by all that much. Landry’sAmerican Conservative Union voting index score for his only full year in office was 96, while Boustany’s last year was 83.33, although his 2010 score was 100 and lifetime is 91.19 (higher scores denote more conservative votes). The only significant issues on which they appear to differ is Landry was against raising the debt ceiling in order to hold the line more firmly on spending while Boustany favored it, andBoustany has been sympathetic to Palestinian causes.

As a result, the campaigns have taken divergent strategies. In general, Boustany, despite the closeness on most issues, seems to have ceded the meta-issue of ideological closeness to constituents to Landry by concentrating on the differences in legislative temperament by some negative campaigning, implying that Boustany could be a more effective legislator by being undistracted by a desire to grandstand. For example, a recent Boustany spot accused Landry of the heinous crime of paying property taxes days late, with the inference that this lapse counts against his ideological purity and thereby levels the candidates on that dimension.

For his part, Landry accepts Boustany’s surrender on the ideological purity issue by pushing the few differences on the issues that they have, such as support of the Palestinian Authority’s agenda. He goes out of the way to stress his ideological credentials, as in his statement and backed by his voting last week on foreign aid that the new regimes of the Arab world deserved having their aid yanked for inattentiveness in preventing anti-American clashes that in some cases killed American diplomats on embassy grounds (Boustany did not support amendments to cut off that aid).

Another candidate’s entry into the contest, a Democrat lawyer named Ron Richard, only increases the tension as while this challenger cannot win, his presence on the ballot will capture a portion of the latent Democrat vote, more likely at Boustany’s expense and possibly enough to ace that incumbent out of the general election runoff. This helps to explain why Boustany has deemphasized ideology, in the hopes that he can secure enough of that non-conservative vote to make the runoff – which then creates another problem for him, in that he would face Landry in that runoff in December that disproportionately would draw ideological voters weighed towards conservatism, favoring Landry.

While the mainstream media have little love for Boustany, they loath Landry and recognize the quandary Boustany faces, so many of them have signed on to support indirectly Boustany by thoughtlessly bashing Landry (see this typical example). This means to maximize its message the Landry campaign must emphasize direct voter communication, drawing ideological contrasts as much as possible in language motivating voters. So just Boustany goes overboard in criticism of Landry’s temperament, so will Landry communicate in the starkest terms the most attention-getting issue preferences.
All of which should prove informative and entertaining to the interested public, and provides another reminder that the only serious contest of ideas and discussion of their intellectual underpinnings in Louisiana occurs these days among Republicans.

More in this category: « Despite bountygate, Redskins and Panthers, not time for New Orleans Saints fans to panic LSU, Louisiana deserves better than Jindal's war on public health »
back to top