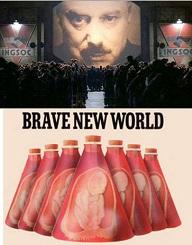 The pace of change that is impacting the United States of America is accelerating at an alarming rate. This week the Supreme Court bolstered Obamacare by rewriting the law and sanctioning the subsidies that are the centerpiece of the program. Today, by a 5-4 margin, the justices legalized gay marriage in all 50 states. This sweeping decision renders meaningless the vote of Americans in states across the nation.

In essence, the justices of the Supreme Court, a majority appointed by Republicans, have become a leading force in advancing the liberal agenda. According to research from the New York Times, 54% of the rulings in this term have been liberal, ranking this term of the Supreme Court as the most liberal since 1969.

In Congress, so-called Republicans have refused to withdraw funding from Obamacare or the President's executive decision to grant amnesty to five million illegal aliens. With de-facto open borders, illegal immigrants continue to stream into the country. Millions of both legal and illegal immigrants are clinging to the customs and culture of their homeland instead of assimilating into the the United States of America like previous generations.
This week, Republicans in the Senate provided the key votes to pass "fast track" authority for the President. This will mean that the secretive Trans-Pacific Partnership involving the United States and 11 other nations must be approved without amendment. The President and his big business Republican allies insist the trade deal will be beneficial to our economy. If so, why is Congress rushing to pass legislation to provide assistance to Americans who will lose their jobs as a result of this deal? Obviously, this trade deal benefits big businesses at the expense of small businesses and the results will mirror what happened in the aftermath of other trade deals such as NAFTA and CAFTA. There will undoubtedly be major job losses.
In the aftermath of the tragic shooting in Charleston, South Carolina, the President immediately started pushing a gun control agenda. He placed politics over decency, advocating legislation before the victims were even buried.
Since there was an Internet video of the murderer draped in the Confederate flag,  both Republicans and Democrats started calling for it to be removed from statehouses and other public places. However, the attempt to change history did not stop with the flag, it also extended to statues built to honor Confederate generals. Thus, New Orleans Mayor Mitch Landrieu called for the statue of General Robert E. Lee to be removed from Lee Circle on St. Charles Avenue.
Landrieu and his fellow politicians did not show any "courage" by targeting Confederate imagery. In contrast, these politicians were only following the politically correct script. It takes no courage to follow the crowd and push a politically correct agenda.
The politicians who truly try to stop this liberal assault are rare indeed. It is why liberals almost always win and advance their agenda and why conservatives are continually on the defensive.
As the country gets ready to celebrate its 239th birthday, The United States of America has changed forever. there is no going back to the traditions that built this nation. The days of prayer in public school, protecting the life of the unborn and upholding the tradition of marriage being the union of one man and one woman are officially over.
The new America is the home to socialized medicine, ever expanding government spending and interference, legalized gay marriage, and open borders. Today, there is no official language and ever fewer universally accepted American traditions.
There is no conservative leadership in the Republican Party to stop the forward march of socialism, so Americans can expect more of the same in the days ahead. It is a "brave new world" for our country and sadly Americans can expect freedom to continue to diminish and the federal government to continue to expand its influence. Our future looks decidedly Orwellian, with Big Brother government in charge and the concept of American liberty a quaint notion from yesteryear.
AGREE OR DISAGREE WITH THIS COLUMN?  TELL US BELOW
Tweet
Tweet
Published in Latest Buzz