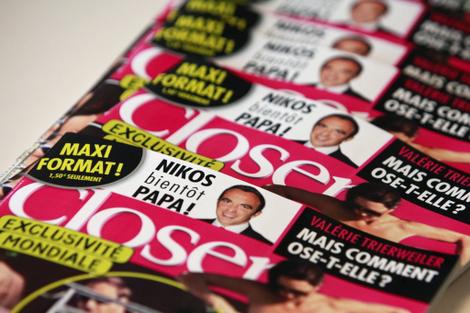 Or should we say, "Boobies hoo hoo?"

Does the press have no shame?

Kate Middleton, Duchess of Cambridge, wife of Prince William, second in line to the British throne following his father, Prince Charles, left nothing to the imagination about her boyish, lithe figure as she stripped off her teeny-weeny bikini top and pulled down her teeny-weeny bikini bottom while her husband smeared her body with (I presume) suntan lotion as they lounged on a sunlit balcony in the South of France.

Although Prince William looked a bit more middle-aged than usual in his baggy swimsuit that determinably hugged below his knees and hid all aspects of any heir-begetting machinery or even interest in the perky boobies and shapely derriere he was oiling up, Kate looked positively saucy. French journalists compared her extremely toned and fat-free body to that of a beloved cabaret star, Gigi Jean-Marie, who used to flash her own maroon-eyed boobies across the stage at Le Crazy Horse in Montmartre, Paris, to appreciative acclaim.

Unlike the Crazy Horse, though, where you have to pay a cover charge and buy a drink in order to ogle the...uhm...artistes, the Duchess of Cambridge played out her cabaret act in the brightest sunshine, out in the open. In a "chateau," yes, but William and Kate were within telephoto-lense viewing and snapping range, and photographers caught an eyeful, which was helpfully published in Closer, a French magazine, and Chi, an Italian magazine.

Commoner Carrie Lynn Reichert, now languishing in a Biloxi jail cell, may need to soon move over to make room for what Buckingham Palace is claiming are the vicious, criminal papparazzi who have made Kate and William "greatly sad" by taking nudie photos of Kate.

The Duke and Duchess are apparently filing criminal complaints against the photographers and publishers of Kate’s boobie and hiney pics.

Wow! Criminal photographers are now officially "on notice!" I feel so relieved that the Royal Family is taking quick steps to muzzle what is left of the European free press.

In the same new flash, it was rumored that Kate had been observed puffing on a ciggy while waiting to board her aircraft in Marsailles.

So suddenly, it seemed to sensibly add up that Kate’s lithe, boyish body was the product not of a naturally over-active metabolism nor of the "rampant bulemia" that haunted William’s late mother, Princess Diana, but an appetite-suppressing tobacco addiction.

Like the late Jacqueline Bouvier Kennedy Onassis, Kate has managed to keep her ciggy habit a secret for over a decade or so. One remembers Kate’s mother Carole being much-criticized for unceasingly chewing nicotine gum during Prince William’s "passing out" parade at Sandhurst in 2006. Jacqueline Onassis managed to keep a relatively firm grip on her own image, first as a radiant queen consort to Kennedy royalty, then as the national widow, then as the fashionista wife of a Greek billionaire, without ever acknowledging the daily ciggy habit that may have led to her several much-publicized miscarriages, stillbirths, and high-risk pregnancies, certainly prematurely wrinkled and aged her iconic face, and may even have contributed to her early death at 65 from non-Hodgkins lymphoma. Rarely ever publicly photographed with a cigarette despite her three-pack-a-day addiction, Jackie caused her loyal fans to gasp when a much-loathed paparazzo nemesis photographed her sucking on a coffin nail at New York’s Hamburger Heaven after daintily downing a cheeseburger (but no french fries).

Jackie pestered her then-husband, Aristotle Onassis, into bankrolling her landmark "free speech" lawsuit against paparazzo Frank Galella, who was allowed to keep snapping his shutter but subsequently ordered to keep 50 feet away from Jackie and 75 feet away from her children. A more successful paparazzo, Settimio Garritano, took a stream of photographs of Jackie completely naked as she sunbathed and did yoga exercises on an outdoor beach on Aristotle’s private Greek island, Skorpios. These photographs show a slender and beautifully naked Jackie displaying small but firm boobies, a naked hiney, and even a darkly-thatched furry-frontal private area. If one minimizes the bouffant brunette hair-do, Jackie’s body could easily be mistaken for Kate’s, even though Jackie was almost 20 years older than Kate at the time. Garritano, who’d disguised himself as a local gardener and bought his own motorboat to take the provocative photos, sold his photographs for a tidy sum to Playmen (the Italian version of Playboy), which were then picked up by Hustler Magazine (resulting in its biggest-selling issue ever). Even after this, Garritano admitted: "I was still fearful of what reaction there would be when the pictures were published. I thought Onassis or the Kennedys would come after me–I didn’t think they’d kill me, but I thought they’d certainly ruin me. I didn’t know what to do."

Far from being ruined, however, Garritano went on to have a successful photographic career. Even when surreptitious photos of Jackie and Ari both naked were published, Ari simply shrugged: "Sometimes I take my clothes off to put on a bathing suit. So does my wife."

Ari’s unperturbed response may be the better one to imitate. And why not? Photographers reportedly shot their boobies/hiney photos of Kate from a public roadway. It seems odd that security-minded bodyguards were apparently unconcerned that some terrorist or assassin could have the same kind of easy access through a much more malevolent telescopic site. And since the royal couple were not in transit in a high-speed Mercedes heading along a curve through a tunnel, it is highly unlikely that any harm was going to come to them of the type that notoriously ended Princess Diana’s life.

Moreover, the boobies/hiney photos of Kate were taken in the open. The chateau where William and Kate stayed is owned by the Viscount Linley, nephew to the Queen and the son of the late Princess Margaret. Linley, a successful furniture designer and well-married father of two, had his own brush with trouble when he was reportedly extorted by two men who allegedly possessed a film or tape in which a former male employee detailed being supposedly forced to perform a sexual act on Linley. The extortion also involved accusations of drug use. Taking a vacation at Viscount Linley’s home, related or not, was probably not a smart move. Kate taking off her clothing was probably not a smart move, either, assuming that she wanted to avoid being photographed au naturelle.

In England, Viscount Linley was not required to testify against the men who made claims of illicit sex acts and drugs. It is unclear whether Kate or William will be required by the French courts to confront those they accuse of harming them.

But in a true republic (which France still claims to be), making William and Kate show up would seem to be the better part of valor.