Bridges, Stelly quits are signs that Jindal’s Louisiana is on rough road 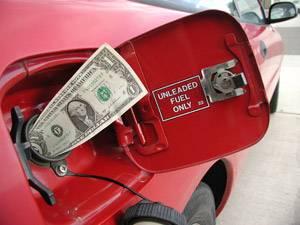 On Friday, the Secretary of Revenue, Cynthia Bridges, one of the only people within the Bobby Jindal administration with real institutional knowledge of Louisiana government, abruptly resigned.

That resignation came one day after Governor Jindal reportedly discovered that her department had passed an emergency ruling allowing purchasers of new vehicles meeting certain alternative-fuel requirements to take a hefty state tax credits at the very time the state has been fretting over budget hemorrhaging.

Also, on Friday, former lawmaker Vic Stelly, left the Board of Regents.  His reason for the sudden resignation was because he did not want to watch the evisceration of higher education as has been the case in recent years.

"I can't see how being frustrated and negative for six more months is to anyone's benefit," Stelly wrote to his colleagues and Regents staff.

According to the Times Picayune, "the Jindal administration and lawmakers have stripped $427 million in state funding from higher education since 2008, as state tax revenue has fallen below expectations and budget shortfalls have repeatedly appeared. That includes $66 million in cuts for the fiscal year that begins July 1. "

Under the Jindal administration's term, the state has balanced its budget using “one-time” money--not once, but three times, straight.  Previously, he relied upon the flow of federal money in the form of Katrina revenues plus billions in stimulus—the money the same Governor cursed as it were the plague.   Unfortunately for the state, those revenue spigots have dried up so the state must dig deeper and cut more.

While Jindal had just discovered the existence of the Department of Revenue’s ruling, it appears that quite a number of government officials knew of it as it has been in effect for over six weeks.  The ruling substantially expanded the tax credits for buying fuel efficient vehicles. One of those officials with knowledge was the Governor's own Secretary of the Division of Administration, Paul Rainwater.

Also, the ruling has been posted on the Revenue's website for the world and certainly for all those in government to see and read.

According to the Shreveport Times, more than 100 2012 model vehicles, including some of the most popular sold in the state (up to $3,000) on the purchase price of the vehicle, had been listed on the Louisiana Department of Revenue website as qualifying for a tax credit of 10 percent.

After he became aware of what his administration had been doing, Jindal sent a letter to Bridges which rejected her April 30 emergency declaration expanding the tax credit for the new car purchases.

Jindal rejected the April 30 ruling by Department of Revenue Secretary Cynthia Bridges, saying she hadn't followed proper procedures in issuing the emergency declaration although the emergency ruling had been in effect for 45 days.

To date, the administration has not disclosed any details regarding any "improper procedure" and perhaps this week it will do just that.

Bridges, resigned without fanfare with the public discovering the sudden change in the capitol’s furniture with this press statement:  "“We appreciate Cynthia’s service and wish her well. We’re excited to have Jane serve as Interim Secretary. We look forward to working with her to implement pro-growth tax policies that will help our economy continue to grow.”

While the tax credit ruling reversal was immediate, how to reverse the resulting damages is not yet apparent.

The Times reported on Saturday that Jindal spokesman Kyle Plotkin said those who bought cars or trucks between the April 30 ruling and the date of Jindal's rejection won't know about the fate of their tax credit until a new ruling is issued from the Department of Revenue.

"It will be determined through the process of the proper procedure of rule-making," he said.

When interim Revenue Secretary Jane Smith, one of the authors of the 2009 tax credit (ACT 469), was asked about whether the credit would be honored for those who bought vehicles between Bridges' April 30 ruling and Jindal's rejection of it Thursday, she said, "At this point I'm not ready to answer that."

Yet, what we do know from the Monroe News Star, is that Bridges “resigned late Friday amid controversy over her interpretation of the state’s Alternative Fuel Tax Credit following reports this week by The News-Star about the potential impact of the credits to the state’s budget.”

The paper said when asked late Friday if Bridges was forced out, Jindal spokesman Kyle Plotkin would only say, “We appreciate her service and wish her well.”

Also, the News Star reported that “Plotkin said Jindal wasn’t aware of the potential impact of Bridges’ April 30 ruling until Thursday, although Bridges and Jindal’s Commissioner of Administration Paul Rainwater, as well as some legislators, knew about it earlier.”

Smith and a chorus of other legislators, some of whom have already filed amended returns claiming the credit on their cars, said the clear intent of the Alternative Fuel Tax Credit was to encourage Louisianians to retrofit vehicles to be able to burn compressed natural gas.

While this remarkable government inefficiency appears to be fueled over whether the tax credit applies to “new” versus “older” vehicles needing retrofitting, some just might wonder how this governor, who is reportedly one of the leading candidates for the hallowed position of Vice President under Mitt Romney, would not have known about the ruling that had the potential of virtually destroying the budget.

According to the News Star, House Appropriations Committee Chairman Jim Fannin, D-Jonesboro, predicted Bridges' ruling could "wreck us." Senate President John Alario, R-Westwego, said, "It could be devastating to our budget."

Perhaps the reason for the sudden reversal on a matter that could have indeed "devastated" the budget is that Jindal has been somewhat occupied signing bills into laws, vetoing other legislation and running a rather tight schedule, lately.

After campaigning heavily for Texas Governor Rick Perry’s candidacy for U.S. President, the governor has been a fixture on national television and campaign roads outside of Louisiana, including campaigning for Mitt Romney with the goal of beating President Barack Obama.

For example, he is to be a featured speaker at the South Dakota Republican state convention next weekend which is the second recent visit to the Dakotas this spring as he attended an oil industry conference in Bismarck, N.D., last month and helped raise money for North Dakota Republican Gov. Jack Dalrymple's election campaign.

He will also help Bill Maloney against Democratic Gov. Earl Ray Tomblin for the West Virginia race and will be in Morgantown W.V. for a private fund-raiser Tuesday evening.  A week ago, Jindal was also a featured speaker along with other top-named VP candidates at the Conservative Political Action Conference near Chicago where among other attacks, he called Obama "the most incompetent president in the White House since Jimmy Carter"..

Actually, Louisiana could use his competence and immediate attention to at least two pressing matters--decimation of higher education and state revenues lost due to "improper" issuing of tax credits.

After all, our kids are seeking courses and professors to help their future careers.  And, no telling how many new fuel-efficient cars are now on the road which autos we simply have been taken for credit.

More in this category: « New Orleans Saints can sleep until Bastille Day before panic over Drew Brees Saints: Hargroves agent blasts, Spags seeks, Bush vs. Sproles while Graham on cheap »
back to top