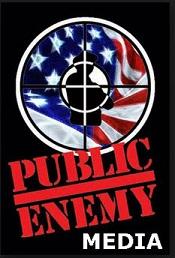 It did not take long for the mainstream media and politicians to poison the well.   They are incapable of accepting the goodness in man and reporting the same.   For them unless there is fear, anger, and controversy there is no story. Tension and division drive their narrative.   Simply reporting the majesty of what is taking place is beyond them…too passive.

Therefore, when they cover an event that demonstrates beyond any question the fundamental goodness and glory of man, they will search to find some issue, some shred of controversy that they can inject into the narrative to alter its course.   Somewhere there has to be that thread they can pull to redirect attention from the main action to a side show of their own creation.

Case at point… Charleston, South Carolina.  A horrible event unfolded there two weeks ago that shook the nation.  Nine wonderful religious people were murdered by a deranged young man who espoused White Supremacism.

However, as the days unfolded two new stories arose that deserved concentrated attention.

The first and most important concerned the reaction of the African-American community in Charleston to the event and the bonding together of all races in the deepest expressions of sorrow and forgiveness.  The response of family members in particular made us all reflect on the inner goodness of man and the power of faith.

The entire community came together.  Everyone marched, prayed, and held one another in legitimate expressions of love and loss.  It was beautiful to behold and worthy of in-depth reporting.   It demonstrated the fallacy of America’s hopeless plight when it comes to race relations and told a far deeper story than is typical.

Therein lie the problem…it betrayed the traditional narrative.  Therefore, it was NOT fully covered!

There were no riots, looting, arrests, teargas, and confrontations.  Al Sharpton and Jesse Jackson did not arrive as instigators of racial hate.  Thus, to the mainstream media…there was no story worth covering.  There was no tension, only love and acceptance.  This does not sell corn flakes.  That is a “problem.”

The second issue concerns Dylann Roof himself.   There is no doubt that his attack was wrapped in the garb of White Supremacist slogans.  But was it truly about that?  Was he actively involved in a racist organization?  A deeper evaluation of the young man reveals a terribly disturbed individual with African-American friends who appears to have been mentally tormented throughout his life.

The African-American Methodist Church he chose as his target was not his first choice.  He considered a local college first and there are indications he may have been scouting out a shopping mall as well.   These are not racial targets.   He desire was to hurt, to strike-out, and to kill.  He friends even took his gun away from him at one point.    Yes, he may have indeed harbored racial hatred, but was that his true underlying motive?

It appears more likely Dylann Roof has profound mental problems.  That a focus on the racial aspects of his attack deflects responsibility for his actions to a twisted political philosophy and away from the real problem…mental health in America.   Of course, to accept that interpretation means that the guilt is shared by all of us.  This too is a “problem.”

It took only a matter of a day for those “problems” to be corrected.   Suddenly, the politicians and media found a string they could pull to re-direct the narrative to issues that serve their established agenda…

Suddenly, the story turned to the Confederate Flag and monuments which had nothing to do with what happened. But by doing so they were able to create controversy, tension, and hopefully some public reaction…demonstrations.   All this makes for good video, right!   It also forced the cameras away from the warmth of human kindness being expressed on the streets of Charleston which was and should have been the main story.

What is sad about events in Charleston is not merely the tragedy of the deaths of such fine people.  What is truly disgusting is how the media and politicians have hijacked a grand story.  They shifted attention from the profound human response to shared tragedy and the resultant community bonding across racial lines.

Instead, they re-focused national attention on a tired and long established political narrative of their choosing.  The media was not happy until it turned the dignity of the response into some kind of national divisive event.

With the cries for removal of Confederate Flags and monuments the press has achieved its goal.  The story of togetherness in Charleston has been eclipsed by the agenda to vandalize history.  We now have activists and politicians purging history of any remnants of that most critical period in our past.  Like ISIS in the Middle East, they seek to remove any vestige of an idea that runs counter to their belief.  So much for tolerance.   Book burnings next?

The press has lost its way.  In place of being our protector, it has has become a threat to the American people.  Intolerance has replaced tolerance as a hallmark of the American ideal.   Media ideologues have sought to control what we think and how we think through systematic control over information and selective interpretation of events.  The press no longer reports the news…they manipulate events to fit their perspective then drive the resulting perversion into our skulls as “facts” that they believe should know then call it “News.”

The media have lavished vast amounts of coverage and incited riots over the death of a few Black young men while in confrontation with police.  But they intentionally neglected the honors bestowed on Officer Daryl Holloway who was murdered while on duty in New Orleans.   The outpouring of love and affection for this man and his family was tremendous.   The 9th Ward neighborhood he patrolled proudly proclaimed their love for this police officer, something seldom heard… and not covered by the national media.  Why?   Again, because it did not fit the “Bad Cop” narrative!

The Fourth Estate has become the greatest threat to our democracy.

Ron Chapman is an award winning columnist, business person and professor who lives in Chalmette Louisiana