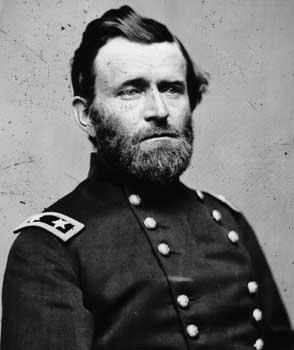 It looks like it’s time to get out the soap powder in Louisiana.  Some elected officials and the state’s largest newspaper are jumping all over themselves to call for the banishment of whatever tattered remnants are left from the aftermath of the Civil War.  Not just flags, but monuments, names, Dukes of Hazzard, Aunt Jemima syrup, Uncle Ben’s rice, Gone with the Wind, they all gotta go. The cultural cleansing in the Bayou state has begun.

The current focus of obliterating the past is on the Confederate flag flying about the South Carolina state capitol.  Of course the flag should come down, and should have been lowered years ago.  But the question is, just how far should government bodies go to pacify those who feel offended by tax dollars being used to maintain past symbols; reminders of a once divisive nation that are an affront to many black Americans.


Actually, despite newspaper accounts otherwise, the Confederate flag never flew above the state capitol in Baton Rouge, both during the time of the Civil War, and in the years afterword.  Louisiana adopted its own flag of secession, comprised of a yellow star on a red background.  What to see what it looked like?  Check out the present flag of Viet Nam.

So what happens now?  Do reasonable voices want to open up a discussion to learn from history, or will there be an emotional reaction to determine and shape history?  Do we purge symbols and inscriptions of the past that causes discomfort to some?  Isn’t that what ISIS is doing in the Middle East right now; wiping out monuments that commemorate both the good and the bad of a region’s history?


If there is an effort to wash away memorials that defined the state’s mindset of slave ownership at a certain time in its past, then just how far does the  “cleansing” go?  There is a call in New Orleans to take down the statute of General Robert E. Lee since he led the war effort for the South. Lee never owned a slave. The leader of the Union Army and future president General Ulysses S. Grant was a slave owner.  Go figure.


Do we change the name of Grant Parish to dishonor the Union president who himself was the owner of slaves? For that matter, what about the nation’s first president George Washington, who owned 316 slaves?   Should folks in Washington Parish start searching for a new name?  How about Jefferson Parish, whose presidential namesake owned 171 slaves and fathered several children by one?  The same concerns are now front and center for those who live in Madison and Jackson Parishes, both named after slaveholding presidents.  In fact, eleven presidents were slave owners.

Jefferson Davis Parish is certainly at risk along with Ft. Polk, named after Confederate General Leonidas Polk. And families in Lafayette may witness an assault on the statute of Louisiana Governor, U.S. Senator and Confederate General Alexandre Mouton who was president of the state’s secession convention to leave the union 1861.

Now, for a real shocker! The LSU Tigers were named after a Confederate Army unit called the Louisiana Fighting Tigers that fought in a number of Civil War encounters, often joined in battle with another Louisiana unit call the Pelican Brigade.  So if some within the state’s leadership feel pressure to demonize the past, then could we see a name change from the LSU Fightin

And let’s not even get started on the plight of the American Indian, whose tribes were assaulted, sometimes massacred and eradicated as America expanded to the West, all under the red, white and blue.  Not a Confederate flag, but the American flag. Is what’s good for the goose, good for the gander, or do we ignore this wretched period of American history?

A cultural purge of historical monuments, as ISIS continues to carry out throughout the Middle East, opens old wounds, and stands in the way of meaningful understanding of a new generation living in a new South.  Political grandstanding can do little more than widen an already growing racial divide. Learning from history should be the bellwether, not a doleful attempt to rewrite the colorful and often controversial highs and lows of our nation’s past.

“The most effective way to destroy people is to deny and obliterate their own understanding of their history.”

More in this category: « A confederacy of dunces over spoof of LSU students call for Confederate Jasmine removal Should Louisiana use any of the $6.7B from BP settlement to plug future budget holes? »
back to top