Louisiana can learn from Jindal-by-remote 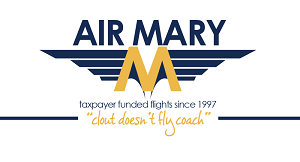 Suppose a Louisiana Democratic governor was on the road for roughly 40-50% of his days in office, yet, charging the Louisiana taxpayers the complete salary--plus millions of dollars in travel expenses for state police entourage?

The conservative, small-government advocates, the Louisiana Republican Party and party faithful, would be outraged over such an expenditure a democratic governor would be foisting upon the state?  The GOP press office would be sending out angry statements by the dozens--just as it did last year, when Senator Mary Landrieu’s office was embroilled in the "Hail Mary" election episode related to her office vs. campaign travels.

Now, suppose we were to discover the cost to the state would increase over the next five months while the governor were to spend his last days in office on the Iowa highways?  The party of the fiscal conservatives would be screening bloody murder.

You could hear the barrage of complaints and attacks—“how dare this liberal spendthrift waste our tax dollars.   We taxpayers deserve our hard-earned dollars be protected. This is our money.  This state will be the next Greece.”

Yet, are we not hearing a peep from the party, its legislators, or the usual state officials who would be outraged if you or I were so oblivious to government waste and unncessary spending?

So, where are those voices of anger?

The answer?  They are cowardly muted.

The truth is--nobody wants to stand up to Gov. Bobby Jindal as he prances around the country, sets up tents in Iowa and New Hampshire, spending state resources on his official national campaign run.  Nobody.  Not the Republican chairman or state officials or legislators.  Not even our candidates.

And if a democratic governor were to behave like our current emperor, I would hope and expect the party and its followers  to scream and yell and demand the political head on a wooden platter. Unforttunately, our  history tells us otherwise.  When Mary Landrieu admitted the federal government was in fact overcharged due to her office’s “bookkeeping mistake”, the party and supporters were mum.   After all, there was an US Senate election at stakes.

In reality, the thousands in tax dollars we were overcharged are dwarfed by the millions being spent by Jindal for his magical luxury tour.  Whether thousands or millions--when it comes to wasting government dollars--our our leaders and the public should gain a steel backbone and complain.  Our anguish should know no political bounds.

That surely was not the case this Legislative session, this past spring.  The legislatures knew that Jindal was almost certainly going to run for the US presidency and could have done something about making sure the taxpayers were protected. It could have demanded that Gov. Jindal reimburse the state, not only a large part of the salary that he has been making over the years while he played awol, (including the millions in travel expenses).  It also could have demanded that he personally pay for future campaign travels, or at the very minimum, that the campaign do so.

Our legislators opted not to rock the boat.  They gave the governor a pass.

Meanwhile, Bobby Jindal, who failed to show up for congressional work for most of the election season when he ran for governor in 2007,  once again, has put his own future above his oath of office.  This year, as he did eight years ago, he will roam the campaign trails on our own  collective dimes.

I know this is politics and campaigns are, well, campaigns.  But, a more decent man would have acknowledged the fact that the services performed to the state people have been a mere fraction of what was expected, when hired.  A more considerate elected person would have insisted that his travels be paid or reimbursed by the millions of dollars being raised by not-for-profit’s being use as a subterfuge for future  election campaigns.  If anything, the state surely ought to get royalties for his past and upcoming book deal, don't you think?

You can bet that anybody else parading around the country for his own self-interest engaging part-time work yet charging the state millions for what seems to be full-time travel protection, would be skinned alive.

Not so, for this governor.  No sir.  He is special.  He is on a greater mission.  We should be honored he has graced us with whatever time he has rendered us since January 2008.

I know there are some who are claiming that Gov. Jindal does not need to be inside the state to do work. In the day of cell phones, phone conferences and email--sure, remote communications is more acceptable and doable, than ever before.   But taking this argument to the logical conclusion, I suppose our legislators, judges, commissioners and others doing the public’s work, don’t need to be on the floor to vote, or to make decisions, either.  Our eyes normally used for watching the body languages and faces of others are needed no more.   Technology can replace being actually present.  Trust me, as someone who advocates online meetings and communications, I agree that remote meetings can and should be conducted more and better than ever before.   But, that is not the point, here and they are not being utilized, either.

Instead,  the lessons to be learned by Governor  Jindal’s  absences are, if taken to a logical, yet somewhat farcial extension, is this--we can do government business in a radically different way.  For instance why shouldn’t we just do away with governors’ positions and others as we know them? Instead, let’s hire state managers, secretaries and treasurers.  Heck, they could even live in Alaska or China?   You say, they need to be loyal to the citizens and not to another servant?  Well, tell that to our citizens and our legislature after our governor, just this spring, clearly let a Washington lobbyist, Grover Norquist, tell the rest of us how to balance our budget.

Bad idea?  Yea, but look at all the savings and headaches we could avoid.  If we were to conclude, we were not getting the bang for the buck, there would be no reason to impeach or petition.  A simple, “You’re Fired” and pink slip would be faster, easier.  Then, we could simply search for another free-agent, perhaps trade another state for someone on their roster or, at worse, bring up one from the farm club.

If we're satisfied with “government by proxy” as apparently, we are, as taught by Governor Jindal, then, let’s not delay another moment!   Lawmakers, candidates, get hip.  Start  churning those constitutional and legislative wheels.  Not a second to delay, a penny to lose.

Just think, we never should suffer the indignities of having our elected officials play hide-and-go-seek with our money, our time and our futures.  Never again.

Sounds to me like a campaign platform just ready to be had.

More in this category: « Donald Trump stands up to political correctness Stunning new Louisiana poll raises hope for Edwards, Democrats »
back to top