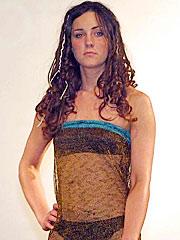 Where shall the paparazzi go next to take the next naked photographs of Her Royal Hineyness Kate Middleton, Duchess of Cambridge?

A sycophantic court in Nanterre, France, having fallen into a time-dimensional rift, declared that the recent very candid snaps taken from a public road as the Duchess cavorted, naked, on an open balcony at a Provence Chateau should not have been taken. Buckingham Palace has now set its sights on putting the photographers and their publishers in jail.

It’s a sad day for democracy in the land that, after Greece and the United States, is most famous for it. Even chateaus-for-rent with cleaners, chefs, masseuses, and reiki masters for hire (not a truly private residence by any means) are now off-limits for paparazzi in France, especially when the chateau is owned by Viscount Linely, furniture designer and the nephew of the current Queen of England–no matter how lurid or how openly the naked festivities are conducted on the balconies that adorn their exteriors. A "viscount" (pronounced "VIE-count" just in case you are from lower Gentilly, Louisiana like me, and did not know) is a nobility rank falling above a baron but below an earl or count. So where can the paparazzi go next?

La Maison de Bang Bang (or, The Screwing House) is owned by Her Royal Hineyness’s maternal uncle, Gary Goldsmith, and it is located in Ibiza (pronounced "Ee-BEE-tha" just in case you are from lower Gentilly, Louisiana, like me, and didn’t know), Spain–a tourist beach mecca where both locals and royalty from near and far come and go in varying stages of undress, all the time. In fact, Prince William and Kate vacationed there in 2006 with Uncle Gary before they were properly engaged (and when naked photos of Kate were certainly worth much less moolah than they are now that she is Mrs. Princess, Duchess, whatever).

La Maison de Bang Bang, an eight million-dollar four-bedroom waterfront villa, was where the great, belated British-based News of the World filmed Kate’s beloved and much-tattooed Uncle Gary cutting up what appeared to be a very large amount of cocaine with a $100 Euro note on his kitchen counter, offering undercover reporters pills he claimed were Ecstacy, hinting that he could also provide heroin, and reportedly bragging about how he was a top distributor of both cocaine and $1,000-a night "fresh" Brazilian prostitutes in Ibiza and London "delivered to your door." When Gary’s not at Maison de Bang Bang, he’s near his favorite niece in London, where he has a luxury home.

Gary Goldsmith, self-made real estate and IT company millionaire and allegedly self-proclaimed drug dealer and pimp extraordinaire, gave these News of the World reporters a great many details about Kate and Prince William’s personal life, including boasts that Prince William had openly voiced his appreciation for Kate Middleton’s now-publicly-viewed bodily attributes--especially her breasts-- at a dinner party given by her parents at their Bucklebury, Berkshire abode: "They were talking about boobs at the time," Goldsmith confided, "around the table at my sister’s [Carole Goldsmith Middleton, Kate’s mother’s] house. William said that more than a handful is a waste!" For talking about his niece in this fashion, Uncle Gary said that he’d forced William to wear a "napkin" (likely across his private areas, since Goldsmith called the napkin William’s "hanky of shame"). Goldsmith also proclaimed that when the royal marriage deal was sealed, he was to have his "own rooms" at Buckingham Palace, "the Goldsmith Wing," and his related-to-royalty title would be "the Duke of Slough!"

You’d think that a drug-dealing and whore-mongering uncle would want to keep a low profile to ensure that his beloved niece could merge herself seamlessly into the Saxe-Coburg-Gotha and Hanover German royal house that now rules Britannia. But the Middletons, we are told, are loyal to their kin and Prince William is loyal to the Middletons, and so Uncle Gary covered up his tattoos, picked up his favorite second wife, donned a clean pink shirt and a proper three-piece, dove-grey morning suit with swallow-tail coat, black top hot and polished black shoes, and headed off to Westminster Abbey and the wedding of the century (so far, because the century is still pretty young yet) in his blue Rolls Royce Phantom convertible.

That’s the sound of money driving by! Money and the right royal connections will keep Uncle Gary out of prison for things the hoi polloi and a few hapless photographers will go away years for.

The hypocrisy of the newly-minted Duke and Duchess of Cambridge is astonishing. The Duchess’s uncle is a druggie who procures hookers. Her sister Pippa, internationally celebrated for her (covered) derriere on full display at the Royal Wedding, was also photographed a while back wearing what looks like a lilac brassiere-and-sarong ensemble while embracing an appreciative aristocratic man. She turned heads again when she was a guest at a Paris party featuring attendees in bondage gear, burlesque strippers bursting out of cakes, and dwarves in 18th century livery serving champagne. Hosted by French aristocrat Vicomte Arthur de Soltrait, Pippa was photographed sitting next to Vicomte Arthur on a fake Versaillesque throne, surrounded by women wearing booby-busting corsets. Arthur wore a dog collar and leash.

Those aristos are so classy!

While touring Paris the next day with Vicomte Arthur, his brother, and a friend, Raymond Rabillard, Raymond pointed what appeared to be a handgun at the photographers trailing them as Pippa laughed. A "vicomte" (pronounced "VEE-comt") is the French noblity’s equivalent of the British "viscount" (just in case you are from lower Gentilly, Louisiana, like me, and did not know). Pippa’s brother James, who is reportedly in the cake-making trade, has been photographed dressed in a naughty French maid costume, complete with fishnets and decidedly fuscia lipstick, holding a drink in one hand and grabbing his privates with the other. James has also been photographed wearing one of Pippa’s polka dot minidresses, high heels and makeup. Prior to his sister Kate’s naked photo scandal, his bakery (funded with start-up capital from helpful Uncle Gary) reportedly specialized in sexually-suggestive cakes that sported icing legends like, ""Scrummy boobies that make my hands happy" and "Boobies that jiggle when you wiggle."

Yes. Booby cakes. Really. You can’t make this up!

More weirdly, James has also created cakes for sale in the image of the late Princess Diana, William’s mother.

And there’s more expose. James recently photographed himself nearly entirely naked with a jovial all-male group, happily posing his bare backside next to a country road sign that read, "Back Lane." He’s been photographed simulating homosexual sex with men, and sitting upright and stark naked in a luxurious armchair with his hands modestly covering his frontal private parts, a la Prince Harry. Oh, those wild and wacky Middleton kids! One has a perfect backside, the other has a homo-erotic backside, and the other has a really greasy backside from Prince William rubbing it with oily goo! One would think that, given brother James’s proclivities, photos of him drunkenly urinating on a public London street after a long night at Raffles could be published in the United Kingdom or the Continent without fear. However, these urination photos (taken during his birthday celebration) only saw the light of day in Australia due to English editors’ fear of the Press Complaints Commission because Buckingham Palace made sure to warn every editor in the British Isles that James Middleton is "a private person," albeit doing something personal in a very public place.

Really? How private is the Duchess of Cambridge, who reportedly captured Prince William’s attention by strutting herself down a university fashion catwalk in a transparent gown that covered her booby nipples and nether regions only with a thin strip of opaque material? How private is the Duchess of Cambridge who regularly wears gauzy minidresses, the hems of which rise and float on the breeze? Who wore fluorescent hot pants to a charity rollerblade party? Who wears skin-tight leggings to even the most modest sports photo-op? Who showed a lot of cleavage throughout her trip to Malaysia, wore a golden gown with a white-contrasting booby-emphasizing top, and visited a mosque with the right headgear but missing, frankly, the bottom half of her skirt?

Meanwhile, the knives are out at the Palace for paparazzi everywhere who have the nerve to photograph what the Middletons so regularly place before them. Surely if the Middletons have the God-given right to display their God-given sexy boobies and hineys, we who possess the gear--from the dimmest photo-phone to the fanciest, longest lense-- should be able to take a snap of what is in plain sight, and publish those snaps. When the Emperess has no clothes on, we should be able to take a photo of her naked Majesty, and publish that picture. Commoners everywhere, unite!

Yes. Really! You have nothing to lose but yet another important civil right. You can’t make this up!