Taking a gander at Jindal’s, Clinton’s and Landrieu’s email goose 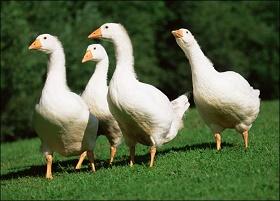 Why would a government official use personal or private email services for public, governmental business?

This is an issue being raised throughout the nation particularly after it was disclosed that Hillary Clinton used a private home server for her Secretary of State business.

Another presidential candidate, one who has been critical of Hillary Clinton and her email, reportedly also has been sending and receiving public business email via a private server.

That candidate, Louisiana’s Governor Bobby Jindal, apparently is not the only state official in his own administration to do so. At least, according to blogger Lamar White Jr., Jindal and his executive staff have all been doing public talking via private email, over the course of the administration.

Why are these officials using private accounts?

Hillary Clinton said she used her husband’s server as an convenience.  I agree with those doubting Thomases--that “dog of a story don’t hunt”.  The Clinton email controversy has and will continue to plague her presidential candidacy, as it should.

Likewise, Gov. Jindal and his executive staff should not get a pass. Nor, in my view, should any government official that engages in public discourse via private account be afforded any insulation from public scrutiny.

Jindal certainly is not the only official in Louisiana to transact public business in this way.  New Orleans, Mayor Mitch Landrieu disclosed that he has used his personal email account for city business.    The Advocate, article from May, Landrieu will archive these emails at the end of his term.  Presumably, after they are archived, they will be released, but we will wait and see.

Which again raises the ultimate question that applies to Jindal, Landrieu, Clinton or any of the tens of thousands of government employees--why would any of them prefer a private email account such as Gmail, for  public  communications?  One reason, could be, email overload.  A government official could get inundated with emails from thousands of people over the course of time making it very difficult to use electronic mail for public business.

Another reason could be to circumvent public scrutiny of such governmental communications.

It certainly would be easy to deal with the first reason--email inbox explosion.   Government officials certainly could use filters so that all preferred emails would sort through the official account making it easy to distinguish those important government email from the others.   Or, at the very worse, an official could use a second “official email address” for those special missives.   However, creating one or multi-accounts, whether public or private, should not be protected from public scrutiny.

Whether any of those public emails would be covered under a “deliberative process” exemption such as the one that Jindal and his administration have been raising in public document requests is a different matter altogether.

Yet, when a government official uses private email service for public business, and when all the major executive staff members are doing so also, none should not expect any protections when they could simply and easily have used a government account.

It will be interesting to see whether Jindal’s counsel discloses the existence of the governmental emails over these private accounts, whether he claims that none exists or whether he admits their existence but claims they are protected from public disclosure due to the Louisiana “deliberative process” exemption.

Adding additional scrutiny and reason for disclosure is the very fact that Jindal has been campaigning for half of his days in office.  Would seem to me that the  “deliberative process” exception was intended for state business communications, surely not matters related to any external business such as Jindal’s public policy and pre-campaign organizations such as his America First.

In the Landrieu email situation, according to the Advocate article, “Rafael Goyeneche, president of the Metropolitan Crime Commission, a private watchdog group, said Wednesday that a full review of the way the city handles emails could be in order to ensure those laws were complied with.

“I think you’re going to have to have his emails audited by an impartial third party to determine whether there’s any attempt to circumvent public records laws or attempt to shield information from public scrutiny,” Goyeneche said.

Not a bad idea.  Plus, what would seem good for Hillary’s gander and that of Landrieu’s  goose certainly should be good for the Jindal and all of his geese.   Both, as well as other candidates running for the White House, will be promoting themselves as beacons of transparency.  It’s time for that sun to shine in.