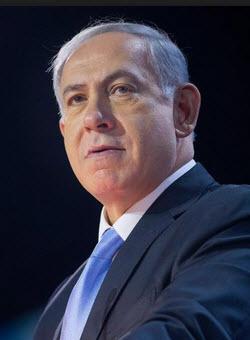 The Louisiana Democratic party is not just going after republican candidates for governor and Governor Bobby Jindal’s campaign for president.  Today, it unleashed a statement regarding Secretary of State, Tom Schedler.  Here is its statement:

While Tom Schedler celebrates his recent appointment to a ceremonial position with the National Association of Secretary of States, it’s important to reflect on his actual record as an elected official here in Louisiana.

Just as Jindal forced taxpayers to pay $2.2 million for state troopers to accompany him on his vain presidential run, Schedler forced taxpayers to pick up a $1.3 million tab on lawsuits that resulted from his failure to comply with the National Voting Rights Act (NVRA). In one of the lawsuits, two courts cited that Schedler’s office was not in compliance with the NVRA because of, among other things, mismanagement and poor training. That is what Schedler’s failed leadership looks like.

Schedler’s self-serving decision to challenge the lawsuits is costing Louisiana taxpayers $1.3 million and counting, money that could have been better used updating voting machines, opening museums for more than one day a week or enabling Louisiana to hold a presidential primary. The lawsuits’ only real benefit was to the lawyers who represented Schedler, both of whom had made extensive donations to his previous campaigns. Schedler’s campaign contributors ended up taking between $600,000-800,000 each for their work defending his failures.

Schedler has whined that he was the target of the lawsuits because he was a Republican and likened it to actions taken by the Gestapo, the Nazi secret police.  His hysteria conveniently ignores the facts, however--- that of the three states sued by the Department of Justice for violating the NVRA since 2000, two had Democratic Secretary of States. Hardly the witch-hunt Schedler describes.

It is hard to remember a time when our state was in such dire financial straits. As Secretary of State, Schedler has been an integral part of Jindal’s leadership team that has put the governor’s presidential ambitions ahead of the needs of his constituents.

“Tom Schedler has been a part of the numerous problems caused by the failed leadership of our state,” said Sen. Karen Carter Peterson, chairwoman of the Louisiana Democratic Party. “The citizens of Louisiana have witnessed firsthand the horrible effects of this failed leadership. That is why we desperately need new leadership that doesn’t have a connection to the disastrous policies of the past eight years."

State Senator and Businessman Troy Brown formally announced his intent to run for re-election of the Louisiana Senate District 2 seat.

Also, Jindal took advantage of the Planned Parenthood controversy with an investigation and a video

According to the Washington Examiner, Jindal is bringing in the cash:

Gov. Bobby Jindal raised nearly $579,000 his first week as a presidential candidate, but has another $8.6 million in his corner thanks to supportive outside groups.

The Louisiana Republican, who entered the presidential contest one week before the close of the second quarter fundraising period, will report raising $578,758 from June 24 - 30, his campaign team confirmed to theWashington Examineron Tuesday. That's an average of $96,000 per day from 2,003 individual donors; 87 percent of them contributed less than $100 each.

While raking in money for the campaign, another poll shows he is far behind in the poll numbers also indicating that he received no bump from his recent presidential announcement.  A recent Suffolk USA poll shows he is hovering around two percent and is not a preferred choice for the number two spot.

More in this category: « Jindal seizes Planned Parenthood body-parts issue in campaign La. Biz News: Aspen Institute, BRAC and no Louisiana city as worst to drive »
back to top