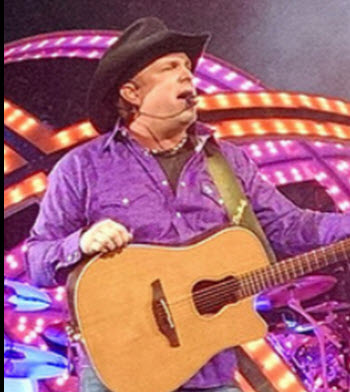 If you come from Louisiana, it’s almost a congenital requirement that you are born with a love for music. Particularly string music, from country, zydeco, blues, rock and even an abundance of classical aficionados.  I’m certainly in that number.  Two of my first legal clients as a practicing lawyer in Ferriday were Jerry Lee Lewis and Mickey Gilley.  I paid my way through law school by playing my banjo on Bourbon Street at a place called Your Father’s Mustache.  Yep, music is in our DNA down here in the Bayou State.

Therefore, it was no surprise that country legend Garth Brooks took over New Orleans last weekend.  What began as one sold out concert stretched into four nights, and fans would easily have filled the Smoothie Center for another week and maybe more.  After taking a hiatus for 10 years, he was back, with more energy that I’ve ever seen by any performer in all my years of attending hundreds of concerts.

The guy is a mega star when it comes to selling albums.  Fourteen have debuted as No. 1, and he’s sold over 135 million albums.  I attended his opening Friday night concert, where the entire crowd stood up the entire evening and sang along with the crooner.  Even younger kids in their late teens and early 20s seemed to know the words to every song. He ran and jumped across the stage, while singing, during the entire performance. I was exhausted just watching him perform.

The crowd went into a tizzy when he sang “Callin’ Baton Rouge,” a song Brooks told the crowd was his all time favorite. After he finished, the swarm of fans burst out chanting “L.S.U.-L.S.U.”  He had the whole stadium in the palm of his hands, and would have received a unanimous vote for Mayor, Governor, President, or any thing else.  He was the Man and certainly the king of country music.

It was different the first time I heard Garth Brooks sing.  Back in 1980, I had just been elected as Louisiana Secretary of State.  On a Saturday night, I had spoken to a civic club in Kentwood, right on the Louisiana-Mississippi line in the southeastern part of the state. To get back to the state capitol in Baton Rouge, I followed the back roads that took me through Greensburg on down highway 16 into the small community of Montpelier.  As was my custom when I would travel that route, I stopped off at the Bear Creek Restaurant and Saloon for a bite to eat and a cold beer.

A full house and a rowdy crowd on a Louisiana Saturday night, as I visited with the bartender, a guy named Jesse.  A young singer and guitar player was on the stage, and a net had been put up in front of the platform to inhibit beer bottles from being thrown by any disorderly patrons.  Few listened to the young fellow, but being a frustrated strummer myself, I paid attention to his forlorn country songs that he told the indifferent crowd he had written himself.

“From Oklahoma.  Comes over every now and then to perform.  Let’s see.  His name is Brooks….Garth Brooks.”

As I got up to leave, I paid my tab and shared my opinion with Jesse.  “He’s got a pretty good sounding voice.  Who knows?  He might make it big one day.”  I headed off into the night towards the city whose name would become one of Garth Brooks all time hits.

When I wrote my first book about my time in Louisiana politics, I raised the question about whether all I went through in my 28 years as a public official was worth it. I answered by quoting from my favorite Garth Brooks song. “Our lives are better left to chance.  I could’ve missed the pain, but I’da had to miss the dance.”

From singing in a Louisiana country saloon to becoming a country music mega-star.  At 53, he can’t do much better.  Here’s hoping Garth Brooks will keep on performing and keep on coming back to Louisiana for many years to come.

“It's funny how a chubby kid can just be having fun, and people call it entertainment!”

More in this category: « Hostilities over Race—Eating American Souls Jindal and Vitter have the constitution to swallow those campaign dollars »
back to top