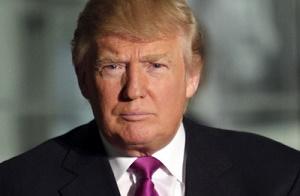 Donald Trump is not only taking the air out of the election 2016 room, he has become the entire stage, room and political theater.

The most recent controversy involving Senator John McCain is the latest example that the real estate mogul, television rockstar and candidate live-wire is a force of which to reckon.

Weeks ago, Trump came out of nowhere to now lead the Republican party list of candidates in part due to his public personae, part due to his name recognition and in part due to his reputation of being an in-your-face type of businessman-politician, willing to “say it like it is” and unwilling to back down from controversial statements. The first major controversy brouhaha involved Trump’s reference to Mexicans which angered his media partner NBC, Macy’s and others to the extent that they pulled out of their business relationships with Trump. The result, however, has been Trump receiving substantial media attention along with the dramatic rise in the Republican poll for US president.

This weekend, while in Iowa, Trump somehow got involved in first denying that John McCain was a war hero, then backing down and stating he was not a war hero because he got caught and then saying he liked war heroes who did not get caught. As of this point, not only is Trump unwilling to apologize but is blaming the media for distorting his statements.

Trump is scheduled to appear today on the Fox news O’Reilly program which has been a friendly forum.

Here is a Facebook post showing that despite his popularity within the public party, Hillary Clinton, the Democratic favorite, would destroy him in the electoral competition. Also below are recent tweets about Trump: