Donald Trump has flirted with running for President of the United States in the past.  Four years ago he anno 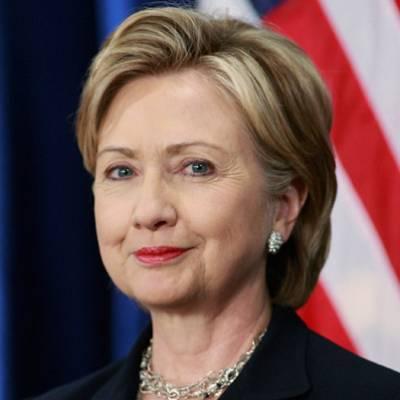 unced on Fox News that he would not run.  Now he is a candidate in the republican field; and, according to some polls, he is the front runner.  Donald Trump has been and may still be a factor in the race for the White House, but his impact may not be what his party was hoping for.

It is Mr. Trump’s brash, over the top, and outspoken opinions on major issues that have catapulted him to the top of the republican field.  His basic message, American is in trouble, has struck a chord with many Americans.  However, Mr. Trump has managed to put both of his feet in his mouth multiple times, and the impact on his campaign has insured that in the unlikely event he gets his party’s nomination for president he will most assuredly lose to Hillary Clinton in the General Election.

First, Mr. Trump insulted Mexican immigrants, legal or not, by liking them to criminals, the whole lot of them.  There is no basis for such an outrageous charge, and Mr. Trump should apologize profusely for what he said.  He has not so far, and he does not appear ready to do so.  Secondly, Mr. Trump has insulted every veteran in America by saying that Sen. John McCain was not a hero simply because he was a POW.  He went on further to say he likes soldiers who were not POW’s.

Mr. Trump is boarding on lunacy.  Anyone who has been drafted or volunteered for military service should be a hero to everyone.  Serving in the military is noble and dangerous.  Veterans of World War I and World War II, veterans of Korea and Viet Nam, veterans of the first Gulf War and the later invasions of Iraq and Afghanistan as well as the conflicts that have broken out in between and before our lifetimes, all risked their lives to defend America, her ideals and way of life.  That alone makes all of them heroes.  Mr. Trump should watch what he says.  His big mouth has relegated him to the status of a circus side show.

The most unfortunate thing about Mr. Trump’s big mouth is that he has failed to bring intelligent conversation to the table on our nation’s biggest problems.  What a blown opportunity!  Better than most he could have forced the other candidates, both democrat and republican, to talk about specific issues.  By spouting off with outrageous statements, Mr. Trump has taken himself off the table of relevant conversation regarding the important issues of the campaign.

Mr. Trump tarnishes the republican brand, and the party leadership and the other candidates need to speak out loudly as former Texas Governor Rick Perry did this past weekend and denounce Donald Trump’s crazy and hurtful statements.  Denied the nomination Mr. Trump’s ego appears big enough to push him into a third party campaign; and, if enough republicans and conservatives vote for him, they will most certainly insure the election of Hillary Clinton and that would be the greatest irony of all - the election of Hillary Clinton by the most conservative members of the republican base.  A vote for Donald Trump will deny the republican nominee of the opportunity to win key battleground states, put into play states republicans should win, and will for all practical purposes be a vote for Hillary Clinton just as a vote for Ross Perot in 1992 helped elect Bill Clinton, Hillary’s husband.

More in this category: « Jindal gets 4 percent in new Iowa poll, Vitter has $5M on hand Dump Trump after McCain slug or vote for him? »
back to top