Dump Trump after McCain slug or vote for him? 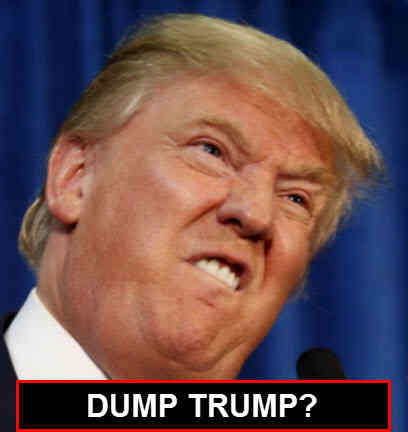 Donald Trump has been the talk of the town, the discussion on TV, the concern of the Republican Party, the target of Democratic attacks and ridicule.  Yet, the candidate is sitting on top of the polls of 16 Republican candidates.  When Trump makes an inflammatory remark, he gets inundated with criticism from the media and others, but then the media pursue him as the go-to-guy on the breaking issues.

In today’s edition of the weekly discussion-debate with WGSO radio talkshow host Jeff Crouere and Bayoubuzz publisher, Stephen Sabludowsky, Trump continued to be the topic of their discussion.  Trump said over the weekend that-- John McCain was not a war hero because he got caught.  After making that statement, Trump has repeatedly called McCain a war hero.

Below is the interview discussion and the transcript of the WGSO-Bayoubuzz Radio Google Hangout.

CROUERE: He's really been just treated really abysmally by the media is going to, the media's been going after him the Republican candidates have been going after him, the Des Moines Register says he needs to get out of of the race.   He's been blasted, ridiculed, criticized, and really been called a hater, a buffoon, a clown etc. etc., yet I'm looking at a brand-new poll that's just come out and low and behold, he's got a massive lead in the race at 24% followed by his next competitor, I think at 13%, so what's happening here, the public's not following along with the media wants

SABLUDOWSKY: Well, 24%, he's getting a lot of TV coverage, and you can have it both ways, you can't blame the media and the media is interviewing him all the time, so I think that's a large extent why, he's also a showman and so I think that's part of the reason 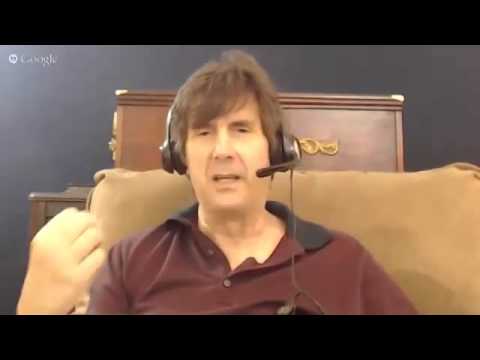 CROUERE: They’re not praising him

CROUERE: They been criticizing him, been blasting him

SABLUDOWSKY:There been giving him a free ride in much of the media

SABLUDOWSKY:I think they've been giving him a free ride, they been going to him all the time for any kind of issue and so he makes a full of himself on the stage in Iowa and wasn't just the media it was everybody else. He had an opportunity to redeem himself yesterday, the day after the event and he wouldn't apologize, he wouldn't admit that he was saying exactly what he said and instead he said well "I said this four times", that he was a

SABLUDOWSKY:Yes war hero but that's only after he realized what he said it will kind of embarrassment he was making of himself, this guy is a mockery. In the same poll that you're talking about Jeff indicates that he is not in any way, that he's not going to--- 62% I think was the number would not vote for him, for President.

CROUERE: In a field of 16 candidates, he's got double the person comes in second

SABLUDOWSKY:Well that's asked me if I rather

CROUERE: Or would you rather be in the position of anybody else who's in second through 16th place

SABLUDOWSKY:I would rather have the money that Trump has to be able to fund the campaign

CROUERE: He has not had one fundraiser

SABLUDOWSKY:Okay, and not be concerned about super PACs or anything of that nature. No question,  I would love to be the type of situation, however, this guy in my opinion is a loose cannon. The Republican Party is having conniption fits over what he says and it's not just the Republican Party

SABLUDOWSKY:His plain talk? Well, if he so playing talk why didn't he yesterday admit, on O'Reilly--O'Reilly almost had to been him out of shape, said "come on Donald, certainly you would admit". A plain talker would have said-- "I really messed up"-- "I did not really--I was joking or I really screwed up and I do apologize"

CROUERE: And that's the normal media formula which is the point that Rush was making, normally you have the media attack a person and then you have that person grovel and say "I apologize"

CROUERE: And then Steve, what happens, the person becomes irrelevant. The person falls from the scene. This is truly the first time you have a guy who refuses to apologize, who doubles down and who stands firm and whether you agree with what he said about McCain or not, some people say no we admire somebody, he's not going to grovel, apologize and be politically correct

CROUERE: Let me ask you this Steve..Does McCain owe the 15,000 people who were there to rally, an apology?

SABLUDOWSKY:Let me ask you question

SABLUDOWSKY:And my answer before was yes.

CROUERE: So he owes all his people

CROUERE: When is he going to be asked to apologize

CROUERE: hasn't he been pressed to make an apology

CROUERE: I believe that Barack Obama is a socialist