Odd, but might a Vitter, Dardenne or Angelle victory simply be in the numbers? 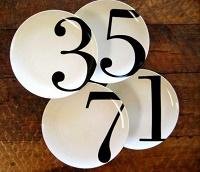 It might be odd, but could the next Louisiana gubernatorial election win be in the numbers?

Currently, the only Democratic candidate running for Governor is Jon Bel Edwards, who is running against three republicans.

Poll results indicate that republican David Vitter and Edwards will be in the runoff.  Also runnning are Scott Angelle and Jay Dardenne, both republicans.

In Louisiana, the theory might hold some water--att least--over the past two decades.

Louisiana’s gubernatorial elections is always run during an odd-number-year.  Kathleen Blanco won in 2003, Bobby Jindal in 2007, 2011.  This year, the Louisiana governor race precedes next year’s presidential contest.  The presidential elections, also occuring every four years, is set for the even years.

In Louisiana, Mike Foster was elected in 1995 and then again in 1999.  Late in the 1995 campaign, the former democrat suddenly converted to become a republican and made the runoffs along with Cleo Fields, a democrat.   Foster ended up beating Fields.

The only democratic governor during this twenty-year period has been Blanco.

In case you were wondering, here is how #lalege will spend the new taxes raised this year: pic.twitter.com/zYSJIbhI07

Yet anther grotesque @PPFA video surfaces. When will the Left wake up and stop defending this group. http://t.co/GRAiE35Tv8

Yet anther grotesque @PPFA video surfaces. When will the Left wake up and stop defending this group. http://t.co/GRAiE35Tv8