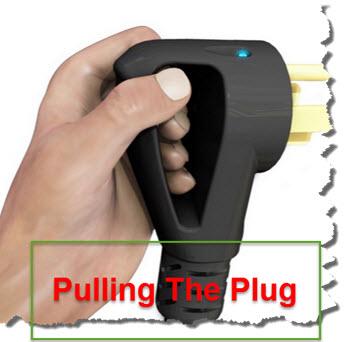 It’s hard to believe that statewide elections are now only a few months away and the Republican presidential debates are right around the corner.

A day does not go by without a  local or national poll, that provides a snapshot as to how the candidates are doing.

Of course, Louisiana’s entrée into the presidential quest, Gov. Bobby Jindal, cares not about polls, except now apparently he does.  And, locally, while it’s true that the Democratic candidate for governor is making some headway, it’s a long and expensive road to runoff election night pay-dirt.

TheInd.com reported that a poll commissioned by John Georges, the publisher of the Advocate, (and others), conducted a survey that shows that Louisiana Democratic House of Representative  member Jon Bell Edwards has taken the lead over Republican US Sen. David Vitter in the governor’s race.  While I have not seen the poll itself including the cross tabs, it’s certainly not outside of the reasonable realm of possibilities that the lone Democratic candidate would move ahead, at this juncture of the campaign.

According to TheInd., “widely respected firm’s latest poll on the Louisiana governor's race — a poll The Independent obtained through a source before its public release — shows the lone Democrat in the contest, Amite state Rep. John Bel Edwards, with a six-point lead over previous (and, as conventional wisdom would have it) frontrunner U.S. Sen. David Vitter.

Conducted sometime in late June by Market Research Insight, the respected and frequently used polling firm of Verne Kennedy, the poll shows Edwards with 30 percent support in the race, followed by Vitter at 24, Public Service Commissioner Scott Angelle at 14 and Lt. Gov. Jay Dardenne at 12 percent. Twenty percent of respondents were undecided.

The figures are derived from respondents who either chose a candidate or indicated they were leaning toward that candidate. The pick/lean ratios for the candidates in the poll were Edwards 19/11, Vitter 20/4, Angelle 10/4 and Dardenne 9/3.”

It’s certainly not time for John Bell Edwards to start measuring the drapes at the governor’s mansion.

For one, the poll is now relatively dated. While Edwards reportedly has a good lead over Vitter, he only has 30% with 20 percent uncertain and republicans making up the other fifty percent. Imagine if Mary Landrieu who lost badly against Republican Bill Cassidy in the recent U.S. Senate race was measuring at 30% at this juncture in last year’s election under the same scenario.  And while Landrieu had her Obama baggage, she also had almost universal name recognition, not something that Edwards now enjoys.

A drop in David Vitter’s numbers could be good news for both Scott Angelle and Jay Dardenne, both Republicans, but, Vitter has a big green ace in the hole--$9 million worth of them--when adding together the moolah from his state campaign and super PAC supporting him.

While Vitter should be concerned that despite the momentum of a medley of high placed endorsements and despite possessing universal name recognition, he is not hovering in the 40s, yet, history is on his side.  Other than 2003, in the past 20 years, when Blanco beat Bobby Jindal, no Democrat has won the keys to the mansion and the 4th floor of the state Capitol.

Speaking of polls, the other one making news here in Louisiana is the claim that Bobby Jindal, is moving up and is seriously competing along with others in the Iowa caucus sweepstakes.

Or again, at least, so says the Jindal campaign.

The Advocate writes that the Jindal team claims the governor is “surging” in Iowa.

Gov. Bobby Jindal draws the support of 8 percent of likely Republican caucusgoers in Iowa, according to a recent internal poll by his 2016 presidential campaign — a rate twice that of his best showing in independent surveys.

The poll result put Jindal in a tie for fourth in the crowded Republican field. Wisconsin Gov. Scott Walker ran first, at 23 percent, followed by real-estate developer and reality-TV celebrity Donald Trump, at 13 percent, and former Florida Gov. Jeb Bush, at 9 percent. Next came Jindal, in a tie with retired neurosurgeon Ben Carson.

The Feb. 1 caucuses kick off the official nomination selection process, and Jindal has campaigned heavily in Iowa since announcing his candidacy June 24. He also visited the state repeatedly in the months before then. A two-term governor, he is barred by state law from seeking a third term this fall.

Of course, national polls indicate that he is dead last or feverishly competing for it among the 16-candidate field.

What is most comical however, is the fact that the Jindal team has suddenly discovered that, just maybe-- polls might be important— at least, those polls run by the team.

For a few years since his popularity tubed in Louisiana, when Jindal had been asked why he has been doing so utterly poor among Louisiana voters, his response has been basically, “who cares”.   He, or Timmmy Teepell or some other paid-politico would respond that Jindal doesn’t look at polls and that the reason for his unpopularity is because he has made hard and unpopular decisions in a state which has been bred on “populace political milk” now since Huey Long.

Now, the fact that his internal survey shows him doing twice that of the most favorable independent poll, as again reported in The Advocate, team Jindal now wants everyone to believe in his sky-rocketing candidacy.

“Bottom line, Gov. Jindal has taken off in Iowa,” Wes Anderson, of OnMessage, wrote in an announcement of the Jindal campaign’s survey results. “No other candidate has seen as much positive movement as Jindal.”

Still, assuming the upward motion is real, it only goes to prove that if one pitches a tent and spends almost all of waking hours with the help of the state’s treasury, feeding like-minded audiences prime red-meat, one might turn some heads.   This is especially true for caucus voters who know nothing about the hopeful candidate’s record back home.

Under these circumstances, a surge in the polls is indeed possible, especially when there is a surge in confidence in one’s own polls.

More in this category: « Sadow: Louisiana got bang for buck with anti-gay activity lawsuit Dardenne urges Jindal to follow Scott Walker’s lead, pay your protective travel expenses »
back to top