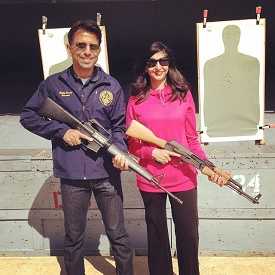 Probing the Internet for the way that Louisiana Governor Bobby Jindal handled the Lafayette shooting incident focuses upon two issues—his executive order preventing protest during the funeral and of course, guns.

So far, while he has been praised by various columnists for even uttering that gun control of some sorts is needed.  Jindal said Louisiana has the type of law that will solve the problems.  Yet, he has been criticized for stating that after the shooting, it was not the right time to discuss gun control but to pray.

One of the major hits against Jindal, however, is his claim that the Louisiana law is strict.  Critics have responded that the law is not being enforced in the state compared to other states of even lesser populations.

To date, there has not been much written in support of Jindal  on this issue, however, we will update if we do locate a more positive response.  Also, please send us a link to more favorable columns.

Here are some of the most recent comments:

Funny, I don’t recall Jindal suggesting anyone wait a week to start discussing how to address the Deepwater Horizon explosion in April 2010, which killed 11 people (most of them his constituents).

Immediately after that disaster, Jindal demanded immediate action on “three challenges: stopping the leak, protecting the coast and cleaning the coast.” No one suggested that Jindal’s quick call to clean up the Louisiana coast was a “shameful” effort to “score cheap political points.”

Jindal’s latest comments might attract the attention of strong conservatives, but they’re unlikely to meet with approval. Speaking on CBS’s Face the Nation, the Louisiana governor discussed the shooting at a theater in Lafayette on July 23, in which a gunman killed two women before shooting himself. Jindal noted that Louisiana reports information on involuntary commitments for mental illness to the National Instant Criminal Background Check System.

That’s a notable statement because elected Republican officeholders have generally tended to oppose any expansion of gun laws. Although polls showed that a great majority of Americans favored at least modest new restrictions on gun access—including, notably, expanded background checks to close existing loopholes—legislation to implement such measuresfailed in Congress in 2013on strong opposition from Republicans……

As Jindal noted, Louisiana only implemented automatic reporting of mental-health information to NICS a couple years ago. Even as the national gun-control legislation after the Newtown massacre foundered, Jindal—who enjoys an A-plus rating from the NRA—successfullypushedto overturn a Louisiana law that blocked mental-health reporting to NICS. It’s intriguing to imagine Jindal pushing to his party’s left on gun politics. There simply isn’t much room left to the right, and besides, the NRA has been notably more open to mental-health-focused restrictions than to other types of gun regulation. To paraphrase, the group argues that guns don’t kill people;the mentally ill sometimes do. That means the position that Jindal is staking out isn’t at all radical, even though it’s to Perry’s left.

Nonetheless, Mr. Jindal has a point — our systems for keeping guns out of the wrong hands are only as good as the data they rely on. Although reporting of mental health data to the federal background check system, known as NICS, has improved markedly since the 2007 Virginia Tech mass shooting — a clear case in which the gunman should have been prohibited from buying firearms — compliance still varies widely by state. A 2013 analysis by Mayors Against

Illegal Guns found a dozen states that had each submitted fewer than 100 mental health records to the federal database, and the Government Accountability Office reported in 2012 that most of the increase in reporting is the result of efforts by a handful of states.

How is Louisiana doing? According to the Law Center to Prevent Gun Violence, Louisiana has reported fewer than 1,000 mental health records to the NICS system. This is progress, as it had reported precisely one name before the 2013 law Mr. Jindal touted, but it pales in comparison to other states. Delaware, with one-fifth of Louisiana's population, uploaded more than 20,000 records in the first six months after it enacted a mandatory reporting law in 2012. (Maryland, which also adopted mandatory reporting in 2013, doesn't do particularly well on this score either, having uploaded fewer than 8,000 mental health records, according to Everytown for Gun Safety.)

More in this category: « Debating about Trump, Republican Party and The Great Society Why Louisiana GOP chose Jeff Landry over incumbent Buddy Caldwell »
back to top