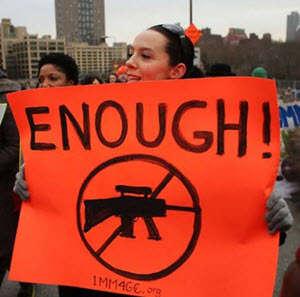 My home phone rang around 9:00 pm. It was my wife Gladys who was in New York with grandkids.  “Turn on CNN.  They are reporting a mass shooting at the Grand movie theater in Lafayette.  Apparently, several people were killed.”

The Lafayette theater is part of a national chain that operates across the south.  My wife’s family has been in the movie business for many years, and I know some of the people involved.  So as a journalist and friend, I jumped in my car and headed to Lafayette.

The crime scene was worse than initially reported with three dead, including the shooter, and seven people injured.  The block surrounding the theater, located in the heart of Lafayette, was roped off in yellow tape with only law enforcement personal being allowed in and out. There were concerns, later alleviated, that several nap sacks left in the theater might contain explosives.

Governor Bobby Jindal was holding a press conference as I arrived, and handled the tragedy professionally.  He later received criticism for being “too visible” and not answering questions about gun control.  But I felt, in observing the scene, that the Governor was just doing his job.  Discussing gun control just hours after such a tragedy would have been improper.  The Governor made it a point to visit with me briefly about an educational forum and debate he will be attending in New Hampshire next week.  My daughter Campbell will be moderating.

The killer, John Houser had traveled to Louisiana from the small Georgia town of LaGrange.  He had a long history of violence and mental illness.  But the guy was no dummy, having received a degree in accounting as well as a law degree.  He had been ordered to a psychiatric hospital by a Georgia judge in 2008, which should have prevented him from even buying a gun.But last year, he went to an Alabama pawnshop and bought a 40-caliber, semiautomatic handgun. Georgia and Alabama are both saying the other state should have done more to stop Houser from purchasing the gun considering his checkered mental condition.

You would have thought that both states would be sharing a database that would prevent someone who like Houser from buying a handgun. A federal database exists where individuals who are adjudicated with mental problems are listed. Supposedly, each state has to use such a database to determine if an applicant is qualified to buy a gun. But the Georgia judge’s order sending him to a psychiatric hospital was not considered to be a legal commitment, so Houser passed the background check made by the Alabama pawnshop in February of 2014, and bought the gun that he used in the Lafayette shootings legally.

The country will be making a big mistake to dismiss this mass killing as merely some single incident of a deranged drifter who needs psychiatric help. A guest on my syndicated radio program this weekend is Dr. John Tures, a political science professor at LaGrange University in Georgia, the hometown of Houser.  He told me that Houser was no ordinary drifter. “He's simply the latest in a string of lone wolf domestic terrorists like Dylann Roof, the Charleston shooter, with a strong political agenda. If Roof and Houser changed their names to Middle East sounding names, we'd have no trouble labeling them domestic terrorists. If they were undocumented immigrants, we would have immediate Congressional hearings on changing our border policy. But the threat these lone wolf individuals pose is no different from the one we get from ISIS and al-Qaeda every day.”

Professor Tures is right. If there are no specific requirements that mentally deranged individuals like Hauser are not reported by every state to a national database, then we can look for more mass shootings.  It’s way too easy for a potential killer to obtain a gun in one state, and then travel across the country to pick and choose his victims.  Congress should make such reporting mandatory with penalties for those state that fail to do so.

By now, the rest of the nation has moved on to the next violent news story.  But here in Louisiana, we will be marred by this terrible calamity for many years to come.  God bless all those families and friends who lost loved ones in another senseless tragedy.

then spread, lift up, fly.”