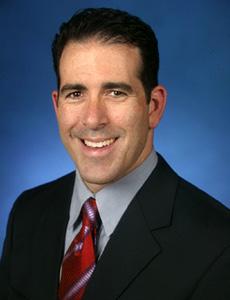 If modern liberalism were in charge in most respects of public policy-making in Louisiana, these actions of a meeting to protest the closure and of a recall petition directed at Gov. Bobby Jindal would resonate perfectly with that ideology’s dependence upon emotion and assertion of feelings to formulate policy, with inconvenient facts shoved aside in a blizzard of illogic. But it isn’t, and the facts remain.

Louisiana as a state, both in terms of public and private mental health beds per capita, is in the top quarter of states, and plenty of beds exist in the Regions 1 and 9 that had been served by the hospital. Some family members will have to travel longer distances to visit patients, but it’s not the state’s job to give them curb service, only to do the best it can (often for free) to treat the afflicted. Many families and patients also have the option of private and non-profit providers in the area.

Department of Health and Hospitals Secretary Bruce Greenstein hit the nail on the head when he said, “too many of our resources are invested in large public institutions. That is not the best model of care for our residents and it's not in the best interest of taxpayers. Rather, the Department will build partnerships with community providers and target improved models of care focused on smaller residential settings, de-emphasizing the role of large public institutions and making more efficient use of taxpayer dollars.” Compare this attitude to people on the state payroll both elected and not, bawling about the loss of jobs at the hospital, where they could use reminding that it is policy of the state to get treatment to individuals who need it regardless of the origin of the provider, not that the state provide direct employment.

Job reductions also, as well as a demand for better service, lay at the heart of the recall effort against Jindal. The reforms stress outcomes that promise to eject teachers who insufficiently know their subjects and/or don’t convey the knowledge well out of the system who heretofore have burrowed into it. These also challenge teachers to increase utilization of their own abilities, as to demand more of students always demands more of the teacher. Some too comfortable and complicit in the old underperforming system, wont to argue whatever ails elementary and secondary education is so out of their hands that only large infusions of money will solve for it, decided the best way to hang onto power and privilege was to initiate a recall against Jindal, and then added a few state legislators for good measure.

With the movement illegally shrouded in secrecy, from what we can tell the deadline at least for the Jindal petition was yesterday. That the state’s media did not have filed a story today on the quest indicates that educator-organizers fell short – probably miserably so – of the several hundred thousand signatures needed to launch an election. As of this morning, the website, which had all of the recall efforts attached to it, returned only an “under construction” advisory. Thus with a whimper goes away all of the self-righteous bluster of a small handful of individuals profoundly out of step and out of touch with the people and their children’s needs.

At least a few of those protesting the hospital shuttering are working on the notion that Greenstein suggested by exploring partnerships with non-government providers to keep at least part of the facility open – which of course begs the question why this wasn’t done beforehand, if service provision most efficient for the taxpayer was utmost in their minds. Maybe the recall organizers now will emulate and decide to renounce being part of the problem and become part of the solution.