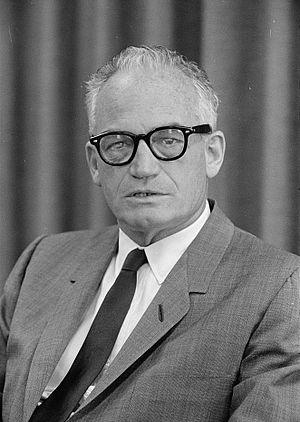 Mitt Romney‘s unfortunate comments about writing off the 47 percent of Americans he considers moochers reminds me of similar comments made by another hapless Republican presidential candidate, this one in 1964. 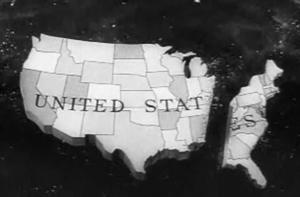 That year, it was Arizona Sen. Barry Goldwater, the GOP nominee, who wrote off a large swath of the nation in his quest for the White House.

As the campaign got under way, President Lyndon Johnson‘s aides dug up a story from the August 31, 1963, edition of the Saturday Evening Post, in which Goldwater was quoted saying,”Sometimes I think this country would be better off if we could just saw off the eastern seaboard and let it float out to sea.”

Johnson’s ad firm, Doyle Dane Bernbach, which had just produced and aired the famous “Daisy Girl” spot, took the unfortunate Goldwater comment and turned it into one of the most memorable spots in presidential campaign history. In fact, were it not for the “Daisy Girl” spot, “Eastern Seaboard” might today be considered the most effective presidential attack ad.

Like “Daisy,” this spot — conceived and directed by adman Sidney Myers — did not show Goldwater’s image, but merely a cutout of the United States, surrounded by water, as a submerged saw slowly sliced off the eastern region and let it plunk into the water and start drifting away.

It was an image tailor made to stick in voter’s minds. There was almost no argument. There few words of ridicule, except at the end, when the announcer, after repeating Goldwater’s words, added, “Can a man who makes statements like this be expected to serve all the people, justly and fairly?”

As we wait to see what the Obama campaign does with Romney’s “47 percent” speech, we should keep in mind the LBJ-DBB spot as the gold standard for how to use an opponent’s words against him in a memorable and deadly way. So far, we haven’t seen anything as creative as those DBB spots in this election cyle.

But if there was ever a chance for Obama’s ad makers to break through the clutter with unforgettable and compelling imagery, wouldn’t this be it? 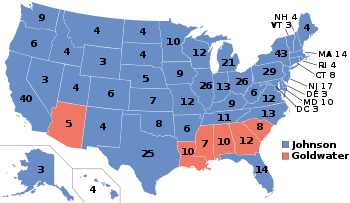 Read his blog at BobMannBlog.com