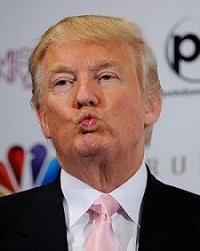 So far, the only candidate who has taken on “The Donald” has been Rand Paul.

That was after they were asked questions obviously meant for Trump—would they commit to the GOP and not run as an independent candidate.

Then, Megan Kelly asked Trump a question about comments he made against certain women.

Chris Wallace got into the fray by giving him thirty seconds to respond to a question he did not answer.