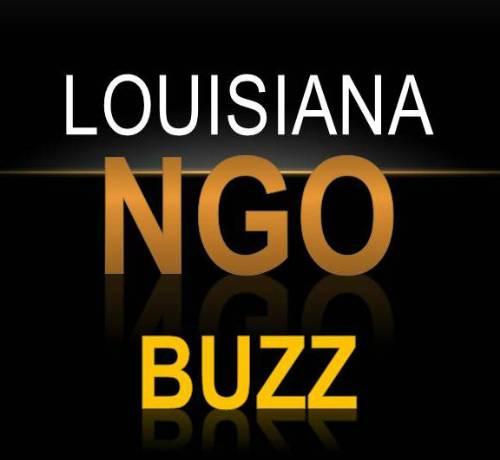 Welcome  to another installment of Louisiana NGO Buzz: Today, there's plenty of news in the Louisiana not-for-profit, non-governmental organization scene.

The items include Louisiana Education, tech employment, New Orleans videos, BGR and annual event, Louis Prima and the World War II museum and much more provided to us through press releases from various organizations throughout Louisiana.

There's a lot of change going on in higher education in Louisiana these days. Some of it may be good, some bad and some mixed. But there's no denying that many things are not the same as they used to be. The question that has yet to be answered is where does that leave postsecondary education in our state? Click to read more. >

- Louisiana ranks 32nd in the U.S. for tech employment and 40th for average annual income among workers in the tech sector, according to the latest CyberStates Report.

- New Census data shows that21.1% of Louisianans live in poverty and 20.8% do not have health insurance, 2ndhighest and 3rd highest in the country respectively.

Get more from the Census Bureau.

NOVAC, is celebrating it's 40th anniversary this year by hosting our Decades Bash fundraiser, with music, food, drink and film from 4 decades of serving the community. NOVAC is inviting you to join us Friday, September 21, from 7 - 10 pm at Republic NOLA for an evening to remember!

City officials are seeking input from all stakeholders, artists, gardeners, club members, patrons, and Barnwell members, regarding plans for the funds allocated for Barnwell renovation.

Anyone interested in supporting the future of the Barnwell Center is urged to attend.

September 20, 2012 (New Orleans, LA) – They called him “The Wildest” and “The King of Swing.” His band and stage performances were like no others. And October 5 through November 24, 2012, The National WWII Museum’s Stage Door Canteen brings it all back in a new original show celebrating a unique New Orleans talent who made an incomparable contribution to popular music and stagecraft.

“His music cooks and it’s been an incredible journey researching this legend. He did it all, played, sang, danced – even Elvis attributed his famous moves to Prima,” said Victoria Reed, show co-creator and entertainment director for The National WWII Museum.

“Jump, Jive & Wail: The Music of Louis Prima” features a cast of ten who bring to life these legendary songs, musicians, vocals and dance, with the non-stop energy that kept audiences cheering from New Orleans to New York and Las Vegas to network television. Co-created for the Stage Door Canteen by Entertainment Director Victoria Reed and Musical Director Tom Hook, the spectacular cast includes many of New Orleans’ most talented musicians who also provide spirited vocals and some of the show-stopping choreography Prima’s band was known for, as well as swing dancers and a female vocalist.

“Victoria Reed gets it right! Her production and super talented cast of ‘Jump Jive & Wail: The Music of Louis Prima’ would certainly make my dad smile! I'm so proud to be a part of it,” said Lena Prima, who consulted with Reed on the show’s development.

This is information provided by the Louisiana Budget Project

The poverty rate in Louisiana grew to 20.4 percent in 2011 from 18.7 percent the previous year, according to new U.S. Census data released this morning. LBP will post a detailed explanation of the new data, which also includes information about health-insurance coverage, on our website this afternoon.

The state Department of Education has hired a former aide to Florida Gov. Jeb Bush for $12,000 per month to help spread the word about the sweeping changes in Louisiana’s public schools. Dierdre Finn told The Advocate that she plans to split her time between Baton Rouge and Tallahassee but will work full-time.

The U.S. House approved FEMA funding for another two years and included provisions that expedite the distribution of money to local governments. The U.S. House also approved the “Buffett Rule”, introduced by Rep. Steve Scalise and named after famed investor Warren Buffett, which would allow taxpayers to check a box on their federal tax returns to pay extra to help offset the federal deficit.

About 39 percent of Louisiana who filed tax returns in 2008 did not owe federal income tax – the seventh highest percentage in the country. Bruce Alpert of the Times-Picayune reports that’s largely because of the Earned Income Tax Credit, which was first developed in 1975 by Louisiana Sen. Russell Long.

Hurricane Isaac caused $7.4 million in damages to state parks and a historic fort, according to Lt. Gov. Jay Dardenne. The state is trying to determine how much of the damage is covered by insurance before paying for minor repairs out of an existing fund.

The state will spend $13.9 million for an automobile training facility at Baton Rouge Community College. The new spending comes as the state plans to close Southeast Louisiana Hospital and the C. Paul Phelps Correctional Center for financial reasons.

The 2011 seafood catch in the Gulf of Mexico reached its highest volume since 1999, according to the National Marine Fisheries Service. Nationally, Louisiana posted the second largest catch volume with 1.5 billion pounds. In all, the value of last year’s Gulf catch rose 25 percent to $797 million.

Louisiana is collecting applications from private firms, colleges, and online groups to launch online classes for the state’s 82,000 special education students, who comprise 12 percent of public school enrollment. The Department of Education wants schools to provide online exams for all students by the 2014-2015 school year.

Finally, Lafayette city-parish officials approved a $500,000 annual subsidy for the Cajundome and Convention Center. While the move allows the city-parish to host a convention center for a lower cost than a city-owned center, some believe officials should use the money to fund fire services for the area’s growing population.

More in this category: « Romney's 47 percent flub has GOP history precedent for US President, Goldwater Gestapo raid for Kate Middleton’s naked photos turns Closer into a chained duck »
back to top