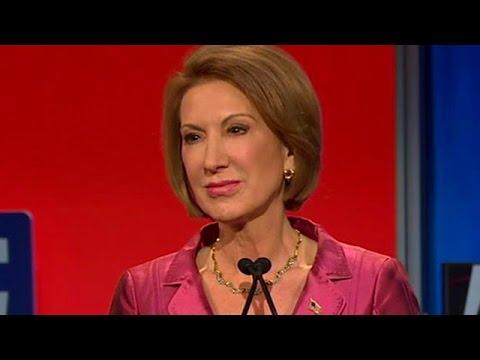 Everybody has an opinion about the Republican debates last yesterday in Cleveland.  Of course, I have many.

Given that Gov. Bobby Jindal is the first elected Louisiana official to be on a presidential debate stage, even if it was the junior varsity, his presence deserves a few mentions. He did well. He will continue to do well in any debate forum when the moderator asks him questions in which he has  time-tested pat answers.  Indeed, that’s what happened yesterday afternoon.   His responses were so predictable to anyone watching him over the past few years, he was boring yet laughable.  For instance, there was the question—if he is doing so poorly in the polls in Louisiana why should he be a presidential candidate?  His answer, of course, was essentially--that he fed Louisiana voters castor oil, giving us what we needed even if it tasted horribly.   How do I spell BS?   Jindal is doing poorly in Louisiana polls because of his lack of trustworthiness, his poor job performance and his overwhelming dedication to himself rather than to the people paying the salary.  It is obvious to me that Gov. Jindal is being outperformed on the stage as well as in the GOP polls.  I predict his campaign-raising abilities will begin to shrivel and the Rose Garden will be fade into the swampy Louisiana marshes of memories

It was no surprise to me when Fox News immediately declared her the victor.  She set out from the rest of the pack, in part, because she was only female on the stage.  But, let’s give her credit--her answers were quick, dynamic and forceful. She will definitely move up to candidates’ first team.   The first squad will have three legitimate candidates who are not politicians, two of them business people—she and Trump.  The other non-politician is brain-surgeon. Ben Carsons, who, if not elected president could be hired to perform lobotomies upon the DC gang.

Whether one believes they were picking on Donald Trump (and they were) or not, the network should be proud.  For the most part, they were fair and balanced, the questions were outstanding and the moderators did an first-class job. This was unquestionably the finest debate I have ever seen on television—from the quick questions to the general format to the moderators enabling the candidates to play off of one another.  By comparison, the afternoon skirmish was anything but exciting.  I will make sure I have a case of No Doze the next time I watch the also-rans go at it, especially if the moderators are as unimaginative as the afternoon crew surely were.

And then there is the Trump card, the new political superstar who almost single-handedly turned what could have been a Midwest ho-hummer into a political “Thriller in Manilla”.   The Republicans are holding a double- edge sword with The Donald. He is so good as a draw that he will continue to generate humongous audiences creating more exposure to Republican positions on the issues (not his).  Even if he cannot articulate real solutions, others can.  The audience will watch and listen.  If Ronald Reagan was the GOP’s “great communicator”, he is the “great entertainer”.   However, the sharper side of the double-blade is a real risk for the party.  Opponents will frame the Republican Party as the home of arrogant, bombastic, women hater, hypocritical and the dangerous.  The more he leads in the polls, the more credible the argument.

Like David Duke when he ran for office in Louisiana, I accept that many embrace his message.  But, OMG, is this the right messenger?