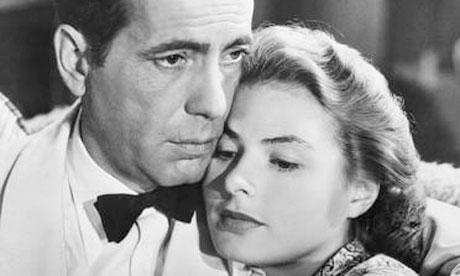 Closer, the French magazine that had the temerity to publish photos of Kate Middleton, the Duchess of Cambridge’s naked royal jewels, says that French police raided its offices yesterday morning around 10:00 a.m.–coffee break time--which is the easiest time for coppers and detectives to round up all the Closer employees, ransack their desks and computers looking for yet more photographs of the Duchess’s “titulars” and hiney, and put the fear of whatever they are worshiping into Closer’s journalists and photographers should they ever again try to stand in the roadway and shoot photos of the royal couple in plain view.

There’s no doubt that reporters and photographers on their coffee breaks are just sitting ducks.

The Palace gleefully announced that Prince William Arthur Philip Louis Mountbatten-Windsor (from the German original title of "Battenburg," which refers to a town in Hesse, Germany that succeeded to the medieval Bulgarian Shishman dynasty that now rules the English) and his duchess (also known by her commoner name of Kate Middleton for purposes of bringing their current French legal action), seek to have the shutterbug criminally prosecuted and thrown into jail for at least a year.

Because the French government and the British royal family go way back (Norman conquest and Battle of Agincourt and all), the French court has helpfully agreed to restrain French newspapers and magazines from further publishing Closer’s naked photos of Kate Middleton, and very likely yesterday authorized the raid Closer’s offices searching for information on the identity of the photographer or photographers (even though they now deny it).

And the French police are helpful to the British royals demanding curious free-speech restraints because, well, the French police themselves have a colorful history. You know, we used to watch all those Inspector Clouseau movies and laugh at how delightfully bumbling the French Surete supposedly was. But at least some of the French police traditions date back not to the tenth century but to a far more recent period of World War II, when the French police were ever so helpful to the German Geheime Staatspolizsi–Secret State Police--that was then taking charge of shutting down pesky things like a free press, noisy complainers exercising personal freedoms, and, uhm, lots of Jewish people. When you look at the words this way–GEheime STAatsPOlizsi–well, it spells "Gestapo," doesn’t it?

Now, if you are from lower Gentilly, Louisiana, like me, and a product of a public school system, you might think that the Gestapo working with the French police was not such a big deal due to the fact that the Nazis lost the war eventually and France then just picked itself up, moved along, and opened a lot of museums glorifying its resistance fighters. But in fact, a former head of France’s national police, Maurice Papon, collaborated openly with the Gestapo, shut down a free press, conducted innumerable raids, and managed to send at least 1,690 Jewish French people to Drancy, a French internment camp where they were to await transfer to a proper German concentration camp. Papon rounded up not only foreign European Jews who’d managed to escape to what they believed was French sanctuary, but also the intellectual cream of Jewish-French society–writers, journalists, lawyers, and artists. These Jews trusted in French democracy, and they were sitting ducks for Papon. Despite working directly with the Nazi Gestapo, Papon not only survived the war and post-war scrutiny, but he actually remained in charge of the French police and was only fingered and convicted of crimes against humanity in 1998.

In 1998, Prince William Shishman (his authentic last name if you go back far enough), the 30 year-old newlywed who now seeks to arrest journalists and photographers for photographing Mrs. Shishman’s titulars and hiney, would have been only 16 years old.

French Police Chief Papon, of whom Prince William has likely never heard, was given medal after medal after medal and office after office by France until he was finally outed for his Nazi atrocities by a very small French newspaper, Le Canard Enchaine–The Chained Duck (which I can translate due to my Cajun French heritage, but I checked it on the internet, too, just to be sure). The Chained Duck specializes in investigative journalism and leaks from prominently-placed businessmen, politicos, and disgruntled civil servants, as well as jokes and satire. Its name derives from an earlier French newspaper founded by Georges (you pronounce that with a soft "G," and the "s" at the end is silent) Clemenceau, a powerful journalist who later became Prime Minister of France. Clemenceau’s newspaper, L’homme Libre (The Free Man), was forced to close and, in protest, changed its name to L’homme Enchaine (The Chained Man). But even The Chained Duck’s title is an inside joke because a "canard," besides being a tasty duck, can also mean a rumor, and "enchaine" is also a synonym for link, meaning that a rumor is linked to something or someone. Anyway, it is only because LeCanard Enchaine had the chutzpah to publish authentic but suppressed documents ordering the Jewish deportations, signed by Police Chief Papon, that Papon’s collaboration with the Nazi Gestapo was finally proved.

Even so, the French government reasoned that it had all happened long ago, and so they dragged their feet until, finally, after the longest trial in French history, Papon was convicted and sentenced to a 10-year prison term. After fleeing to Switzerland and then being extradited, French authorities released Papon after he’d served less than three years. Papon finally died in 2007 following heart surgery.

But if Papon were still alive and heading the French police, he’d no doubt delight in raiding Closer’s offices and throwing the photographers into prison. After all, Closer is just another Duck in Chains.

The joke in all this is that, after expressing sputtering outrage (through their advisors and courtiers) that anyone dared to photograph Mrs. Shishman’s exposed naked hiney, the royal couple then stepped out from their private plane onto the tarmac in Brisbane, Australia, where Kate Shishman nee Middleton, wearing one of her oh-so-popular gossamer minidresses, once again gave the press and paparazzi a good gander at her semi-naked hiney as her minidress lifted up in the breeze around her waist.

Maybe Kate should wear a sign that says, "Honk if you can see my hiney;" that way, she’ll know for sure whether she’s showing her privates in public.

What is left of the free press then swarmed like a gaggle of geese, and film of Mrs. Shishman’s hiney was on the six o’clock news.

When Mr. and Mrs. Shishman retreat to their English palaces to confer with their courtiers about how to pressure foreign civilian governments into impeding free speech and arresting journalists who live in purported democracies and are not the Queen’s subjects, the non-United Kingdom public may become increasingly aware that "Windsor" is actually a made-up title to divert attention away from the family’s German origins.

The surname they use instead of "Shishman" or "Battenburg" derives from the English town of Windsor, where the castle bearing this name was built by William the Conquerer, a British king who was actually French. See? It’s all related. But the current British royals calling themselves "Windsor" is a little bit like my grandparents calling themselves "Domelise’s Po Boys" because they ate there a lot.

Mr. and Mrs. Shishman say that they have drawn a "red line in the sand" to protect what they call their privacy. But if by "privacy" they mean anything about them that is true or in plain sight, then their claims must and should be challenged. If civilian courts in non-monarchical free lands support this kind of delusional self-indulgence, and the police impede freedoms of speech and expression, then we are all ducks in chains.