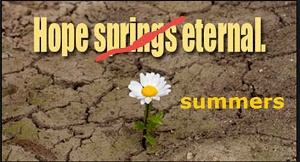 Summer is over when Saints and colleges tee it up

I hope you enjoyed your summer, because this is the week it ends. I know it’s a bit hard to realize as you soak in a cauldron of humid 90-degree days, but summer as you have known it and enjoyed it is over! Since this space is meant to inform as much as entertain, let us remind you that Labor Day on September 7 is the symbolic end to summer, although the scientific end does not come until the autumnal equinox when the sun crosses the plane of the earth’s equator around September 22.

Of course, we are not talking about the symbolic, scientific or celestial versions of summer’s end but the sporting fan’s version. And to sporting fans who consult this space for enlightenment, summer ends when the Saints play their first pre-season game and college football practice begins. Who Dat fans would never confuse the equinox with the solstice, which is either of the two times a year when the sun is at its greatest distance from the celestial equator, around June 21, the longest day of the year, and December 22, the shortest day. But they do know that summer is over when the Saints travel to Baltimore Thursday night to kick off the 2015 NFL season.

True Dats are already packing up their barbecue grills, draining the pool and are laying in stores of mixed nuts, chips and ranch dip they will need over the next five - and hopefully six – months of weekly masochism while watching their heroes. After two weeks of training camp, hope usually springs eternal, and this year Who Dat Nation is already predicting a rousing revival from last season’s 7-9 lethargy.

We all know that hope this year depends on a bunch of IF-bombs that include the following: IF Rob Ryan’s defense can protect a lead this year, IF Stephone Anthony will remind anybody of Sam Mills, IF center Max Unger can anchor an offensive line that will protect Drew Brees for a change, IF Brees can keep defying the realities of age, IF Brandin Cooks can blossom into a No. 1 receiver, IF C.J. Spiller can do a reasonable impersonation of Darren Sproles, (add your own IF here).

For those fans more inclined toward the college game, LSU is again teasing Tiger Nation into thinking they can contend for the SEC title. I’m sorry, but until Les Miles signs a real quarterback instead of tossing the job up between two guys whose only NFL chances will be at other positions, LSU will continue to waste talent elsewhere that is among the best in the conference. I’m anxious to see Leonard Fournette this season, but SEC defenses are sophisticated enough to contain one-dimensional offenses. LSU will win their nine games, but that might not be enough to save Miles’ job one more year.

Expectations are much more realistic in Lexington, where Mark Stoops begins his third year at the Wildcat helm. He has recruited better than any other UK coach in history, which is not yet a ringing endorsement until the team begins winning seven or more games. But I read a piece last week in the Lexington Herald that said when Stoops and his staff arrived in Lexington, UK had only five players who could surpass whatever speed scale the new staff was using to measure SEC capability. Today, Stoops has 35 players who surpass that scale, which is encouraging. UK will go 7-5 and beat Florida this year, which will make Big Blue Nation content until basketball season starts. Other events outside the sporting realm occurred this week that heralded the end of summer.

For those of us still paying for the education of entitled offspring, school is starting. Our daughter Layne spent last week in orientation at the LSU School of Nursing, and classes begin Tuesday. Next Tuesday, the newly minted Jesuit grad, Charles Connor, heads off to Oxford, Mississippi, where he will begin making a case for his own future and, hopefully, at least four years in one place. Hotty Toddy. Of course, just because football is beginning and kids are off to college does not mean the grass stops growing, the temperatures moderate or the pool temperature goes from 92 to 40 overnight. You still have time to take care of all those tasks as well as take that last-minute trip to the Florida beaches, which is exactly what the Lovely Miss Jean and I, as greatly anticipating empty nesters, are planning for mid-September.