Is Louisiana Poll showing Angelle over Vitter reliable, if not, which poll is? 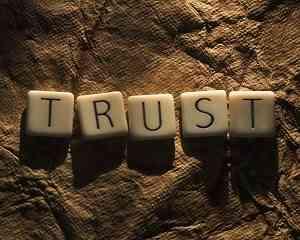 The recent Louisiana governor’s poll conducted by Verne Kennedy showing Scott Angelle leading David Vitter has been criticized.  It also has sent puzzling shockwaves across Louisiana.  How can Scott Angelle come from so far behind, so quickly—assuming the poll is accurate, which the Vitter camp is say, it is not.

CROUERE: Would like to talk to you about the Bayoubuzz newsletter yesterday, went out with a shocking headline concerning the governor's race and maybe new developments there, the narrative has been in the past few months that we’re heading into a runoff with John Bel Edwards, the Democrat, and David Vitter the Republican, is there a new development in that race?

CROUERE: Now who did the poll, is it reliable and is it something that you think can be trusted?

SABLUDOWSKY: Well that's a very difficult question to answer and here's why--number one, to me, it is more reliable than the information that I've seen elsewhere other than the poll that occurred, I think in March or April by Bernie Pinsonat, the point being that there's been other polls, those polls have appeared on Hayride, but for reason I don't know, please help me with this, they don't have the cross tabs, the last poll didn't have the poll, it was just

SABLUDOWSKY: No it was a paragraph, to me, that's not the way, if you could be offering a poll, you put it out there

CROUERE: Now I don't know if you saw David Vitter response, I think he called it a poll from dreamland or something that Vern Kennedy was wrong about all these races, the mayor's race in New Orleans,  in a races where Vern Kennedy has been way off, and the impression is this is just another poll where Verne Kennedy has been just way off.

SABLUDOWSKY: I communicated with Kyle Ruckert, who is the campaign chairperson and was running Vitter's office up in Washington DC, and that's what he said, and I think that he has every reason to present that information, but I think that you still have to look at the poll itself, and decide whether or not you believe it, is the information correct, yeah there's always a question of bias any time you see a poll, but what about the numbers of this poll. And so that's what I dug into, the numbers and I gave Kyle Ruckert and the pollster an opportunity to discuss those numbers and the validity of those numbers, like I said, the polls on Hayride, and hopefully the next poll, hopefully the past polls, they'll post all the information so that people like Kyle Ruckert and myself can compare apples to apples, oranges to oranges and apples to pears.

CROUERE: So just give our listeners an overview, is he saying that Scott Angelle is leading overall or is he just the leading Republican

SABLUDOWSKY: First this two ways at looking at the poll the first is taking the results and then do what is called the African American redistribution, 90% a statewide election and to recalculate, so basically in the July poll, I'm just looking at the numbers here, you had John Bel Edwards with 20%, Angelle with 25%, David Vitter 22, Jay Dardenne 12 and undecided 21%. So the answer to that, in terms of the questions and responses, Angelle was a 25%, David Vitter at 22%, John bel Edwards at 20%. Now after the African-American redistribution, it was Vitter with 21%, Edwards at 34%, Scott Angelle at 21% , so assuming the election were today and African-Americans turned out and with the pollster did was he calculated this based upon a 26% turnout, not 28, 26 he says is conservative, this question as to whether or not there be a greater turnout

CROUERE: I think there would be

CROUERE: In the governor's race?  Yes.

SABLUDOWSKY: Yes I think you can look at these different numbers and what I'm saying for what it's worth, he put the numbers out there with the cross tabs, the questions, the analysis, etc. and so far, other than Bernie Pinsonat, nobody has done that. It tells me that David Vitter is doing quite well and will continue to do quite well

CROUERE: Yet this poll shows otherwise

SABLUDOWSKY: Yet these polls show otherwise but even those polls that are up on Hayride indicate that Vitter has dropped 3%.

CROUERE: Seems like Vitter is focusing more on the crime issue, at a forum, he said two things, that the state police needs to be in New Orleans, two, the crime problem, the murder rate increase, he put the blame on Mayor Mitch Landrieu, saying that Mitch Landrieu was responsible for this increase in crime, his lack of leadership, seems to have taken a more aggressive approach, anti-Landrieu, compared to candidates, do you think that that's going to work for him?

SABLUDOWSKY: Well, yeah sure, the voters who have left him have been Republicans, evangelicals, according to this poll and what they did was instead of going to independent, they went to Angelle, plus Angelle has actually been doing some TV advertising, but to answer your question more precisely, yes, I think that Vitter was very successful going after Obama and so he's going to go after Landrieu.

SABLUDOWSKY: On the other hand, I think that you going to have others, at least, Jay Dardenne and John Bel Edwards, go after Vitter and go after Angelle and link them up to Bobby Jindal.