Financing Jindal, for what it's worth 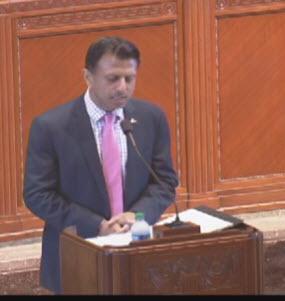 Three news stories on the last day of July and first day of August raised more questions than they answered about Bobby Jindal’s personal and campaign finances and, at the same time, re-opened a controversy over the funneling of $4.5 million in state funds to a family member of one of Jindal’s campaign contributors at the expense of Louisiana’s developmentally disabled.

It was a pair of stories by CNN and Associated Press on July 25 and Aug. 2, however, that again reminded us of the insanity of the U.S. Supreme Court’sCitizens United decision which opened the door for the corporatocracy and its affiliated special interests to usurp the democratic process from America’s citizenry.

The first story, on Friday, July 31, revealed that Jindal’s net worth was somewhere in the range of $3.3 million and $11.3 million. That’s a pretty big range, to be sure, but the federal financial disclosure forms are written that way—deliberately, most likely, to allow elected officials to comply with financial reporting laws while still managing to conceal their true worth.

The following day, August 1, two stories appeared in the Baton Rouge Advocate. The first, on Page 3A, announced that boat builder Gary Chouest, one of Jindal’s major donors—and a grateful beneficiary of legislative projects pushed by Jindal—contributed $1 million to Believe Again, a super PAC supporting Jindal. In that same issue of the Advocate, on page 3B was a story that a company headed by a Chouest family member who had received $4.5 million from the state in 2014 was being sued over money owed Andretti Sports Marketing by the Indy Grand Prix of Louisiana and NOLA Motorsports Park. The owner of NOLA Motorsports Park is Laney Chouest and the amount in question is…$1 million.

More on that later.

It was the pair of stories by CNN and AP, however, which shone the glaring light of undue influence of PAC money, particularly in national elections. Julie Bykowicz and Jack Gillum, writing for AP, noted that it took U.S. Sen. Ted Cruz three months to raise $10 million for his 2015 presidential campaign but a single check from hedge fund manager Robert Mercer eclipsed that number with a single, $11 million contribution to Keep the Promise, Cruz’s super PAC.

Not to be outdone, billionaire brothers Farris and Dan Wilks, who amassed their fortunes in the West Texas fracking boom, chipped in $15 million to Cruz’s super PAC, according to a July 25 CNN story by Elliot Smilowitz. Should we wonder which side of the fracking debate Cruz comes down on? If he wins the Republican nomination and is subsequently elected President, should West Texas residents, concerned about the quality of their drinking water or about their sick and/or dying livestock, even bother appealing to Cruz’s humanitarian side?

You can check that box “No.”

But back to Jindal and his unexplained wealth. A 44-year-old multi-millionaire can’t be found on any old street corner, especially a 44-year-old who has spent all but a single year of his adult working life in the public sector. Upon completion of his studies at Oxford University, he joined the consulting firm McKinsey & Co. for about 11 months. He left McKinsey to become a congressional intern for U.S. Rep. Jim McCrery before being appointed by Gov. Mike Foster as Secretary of the Louisiana Department of Health and Hospitals at the tender age of 24. Four years later, he appointed the youngest-ever president of the University of Louisiana System and in 2001, he was named by President George W. Bush as Assistant Secretary of Health and Human Services for Planning and Evaluation. After losing his first campaign for governor to Kathleen Blanco in 2003, he was elected to the U.S. House of Representatives the following year and was re-elected in 2006 before being elected governor in 2007.

In 2005, a year into his first term as a congressman, Jindal’s net worth was reported to be between $1.18 million and $3.17 million. A short year later, that estimate was between $1.3 million and $3.5 million, according to federal financial reports, ranking Jindal as the 118th richest of 435 members of the U.S. House of Representatives. By 2015, ten years following that initial report, his net worth has tripled to $3.8 million on the low range or $11.3 million on the high range—all on a public servant’s salary of $165,200 per year as a congressman, for all of three years, and $130,000 per year as governor for less than eight years.

He listed on his financial reports, besides his salary, income from investments. But how does an elected official find the time to tend to the business of the nation or the state and see to the concerns of his constituents, engage in re-election fundraising, and play the market? Jindal, the avowed advocate of transparency, has never explained how his wealth was attained other than to quip, “I tried to be born wealthy, but that plan didn’t work.” As the son of immigrant parents, both state employees, he is probably correct in saying he was not born rich.

But what he did do was coerce the Senate Finance Committee in 2014 into ripping $4.5 million from the budget for Louisiana’s developmentally disabled and reallocating the money for the Verizon IndyCar Series race at the NOLA Motorsports Park in Jefferson Parish. It is that $4.5 million that has come into question in U.S. District Court in New Orleans.

In order to bring the IndyCar race to Avondale, NOLA Motorsports created a nonprofit affiliate, or non-government organization (NGO), to apply for and receive a $4.5 million from the state to fund improvements at the track.

Andretti Sports Marketing subsequently signed a three-year contract to organize the Grand Prix beginning in 2015. Andretti, in its lawsuit, claims NOLA Motorsports Park used $3.4 million of that state grant to pay for improvements which did not leave enough to pay Andretti and other vendors. NOLA, on the other hand, claims it used only $2.6 million on improvements.

It should be a simple matter for NOLA Motorsports Park to verify the expenditure of every nickel of that $4.5 million state grant. After all, under rules enacted after Hurricanes Katrina and Rita, any NGO that receives money from the state general fund is required to provide quarterly reports on how the money is used. Officials of the Louisiana Department of Culture, Recreation and Tourism verified that all required records were submitted by NOLA Motorsports. “We would not have released the money unless they were incompliance,” said one CRT official.

And even as the claims and counterclaims were surfacing in Court, Gary Chouest was plowing $1 million into Believe Again, reminding us to, well, believe again that the Citizens United Supreme Court decision snatched control of America’s elections, and necessarily, of the government itself, from its citizens and hand delivered that control to the corporatocracy and its well-financed lobbyists.

But let us not forget that while all those millions were being tossed around what with Gary Chouest dropping a cool million on Jindal’s super PAC and with opposing parties quarreling in federal court over payments to promote Laney Chouest’s $75 million, (did we mention it is privately-owned?) racetrack, the big loser in all this were Louisiana’s developmentally disabled.

With the lone exception of State Sen. Dan Claitor (R-Baton Rouge), the Senate Finance Committee, in taking its marching orders from Jindal, removed $4.5 million from the developmentally disabled in 2014—just a year after he vetoed a 2013 appropriation of extra funding to help shorten the waiting list for services for those same developmentally disabled.

State campaign finance records show that between 2007 and 2010—long before the 2014 $1 million contribution to Believe Again—members of the Chouest family and their various business interests contributed $106,000 to Jindal—all in the interest of good government, of course.