Louisiana Governor Bobby Jindal, who is either last or next to last in most Republican Presidential polls, has a new way to get attention, something he has sorely lacked since entering the campaign in June and which media focus he craves so he can make the first squad of candidates.

On the “Gift Ideas for Hillary Clinton” include such hits as Chicken Soup for the Prisoner’s Soul,  The Middle East for Dummies, U.S. Constitution for Dummies, How to Be Likeable, Imagine: Living in a Socialist USA, Be Honest and Tell the Truth, How to Win Friends & Influence People, So You Want to Be President?

Interestingly, if you want to order a book from the page, you can't despite the Add to Cart button.  However, if you do click on it, you will get a "donate" page" to the Jindal campaign.

Jindal is known for gimmicks.  Over the seven plus years of his administration, he has passed a budget full of gimmicks so he could claim to not raise taxes.  This year, however, he took gimmickry to the limits by promoting a bill that was resoundly panned as a guise to hide over $700 million dollars worth of taxes on businesses.

Keeping with his spirit of transparency, a quality that has led Jindal to being being perhaps the most unpopular governor in the United States, here are two books you might consider ordering for your own reading.

Who knows, perhaps, we can get Governor Jindal to sign them for you, if you promise to make a donation to his floundering campaign. 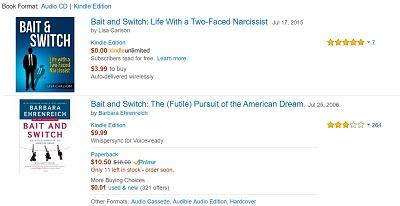 WHAT BOOKS WOULD YOU RECOMMEND FOR HILLARY AND BOBBY?  TELL US BELOW.