Poll: New Orleans Times Picayune or Baton Rouge Advocate, to which will you subscribe? 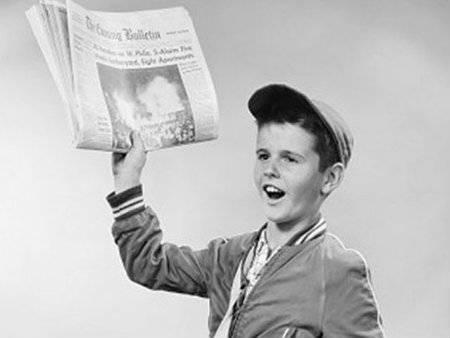 In recent months, the entire South Louisiana media market has changed. The very well respected institution, the New Orleans Times Picayune surprised the local community and the media markets by declaring it would publish their papers  only three times per week.

They cited cost of publishing the paper editions and the growing economic opportunities due to electronic media.

After their announcement which included dozens of layoffs, the paper from the capitol city, the Baton Rouge Advocate has opted to open up a bureau in New Orleans and publish in the city.  They begin operations in October.  Specifically, the Advocate will be  a New Orleans-focused product which will highlight local stories and be called The Advocate New Orleans Edition.

On Thursday, the Times Picayune announced that it was creating a Baton Rouge portal on its NOLA.com site and would be expanding in that area, hiring new employees servicing the area.  Also, the paper will rev up its circulation in Baton Rouge.

So, two Louisiana cities known for their fierce competition, in sports and politics, are now going to be home of two papers going head-to-head trying to acquire more subscribers and readers.

What we are witnessing is paper meeting digital in the world of journalism and media.  What we see today will likely produce greater change tomorrow, faster and in more ways than ever before.

But, for now, if given the choice to subscribe to the paper, which would you choose, the New Orleans Times Picayune or the Baton Rouge Morning Advocate.

Please Take our poll below and pass on to those you believe might want to contribute their vote.

More in this category: « Obama's excuse for embassy attack, the movie, is failure as his Muslim policy FEMA approves 8 more Louisiana Parishes for infrastructure repair public assistance due to Isaac »
back to top