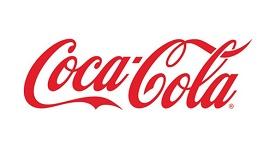 There’s always been a disconnect between the accolades LSU gives itself for academic achievement and the bottom line results that come from national rankings.  Louisiana’s flagship rarely cracks the top 100 universities in the U.S., with a majority of SEC schools outperforming LSU year after year. In the 2015 rankings by US News and World Report, LSU comes in at 149.

But there’s always been one shining star in the LSU System -- The Pennington Biomedical Research Center. Pennington has been recognized as a world leader in obesity research and disease prevention. The center’s mission statement reflects the pride it takes in its work:

“Since 1988, the mission of the Pennington Biomedical Research Center has been to promote healthier lives through research and education in nutrition and preventive medicine. As the largest academic-based nutritional research center in the world, we have the unique distinction of housing the greatest concentration of obesity research scientists.”

The center’s mission is commendable considering that the most recent statistics from the Center for Disease Control and Prevention conclude that more than one-third (34.9% or 78.6 million) of U.S. adults are obese.  The annual medical cost of obesity in the U.S. is approaching $200 billion. The public picks up on any new study from Pennington Center, because of its stellar national and international reputation.

Just last week, The LSU Center released a new study on why so many Americans are overweight.  Pennington’s executive director called the study “cutting-edge research.” Their conclusion?  The center’s press release cites “a lack of physical activity” as the main culprit. Nothing about Big Macs, fries, sugar coated almost everything. And, oh yes -- no mention at all of soft drinks like Coca Cola.

So who paid for the study?  What public interest organization funded this noble effort to get our kids healthier?  Why none other than, you guessed it, Coca Cola.  The world’s largest producer of sugar loaded beverages wants us to quit worrying about cutting calories. Just get more exercise. That apparently is the key to losing lots of weight. Yeah, right!

The Advocate’s James Gill succinctly asked:  “Why do academics bother was such a charade? Give ‘em a sack full of money and they’ll solemnly go through all the motions of a quest for the truth. All together now: ‘I’d like to buy the world a Coke.’”

Back during my days in public life as Louisiana’s Insurance Commissioner, I proposed legislation that would eliminate sugar loaded soft drinks from dispensaries in public schools. The beverage alliance, including Coca Cola, strongly lobbied against such legislation, arguing that profits from these machines went to buy school athletic uniforms.  So you load up the kids with sugar before sending them out on the playing field in great looking uniforms.

No compelling evidence?  What! There have been numerous non-biased scientific studies that repeatedly and conclusively prove fast food and sugary drinks cause obesity.  To say otherwise insults the intelligence of even the average observer.  Coca Cola does a great disservice by allowing their front organization to make such unfounded claims.

The Pennington Center press office told me that this study is ongoing and subject to refining as research progresses. They have their work cut out for them.  To leave their initial conclusions that exercise far outweighs poor dietary choices doesn’t pass the smell test.  Or for that matter, the taste test.

Everybody's got their poison, and mine is sugar.