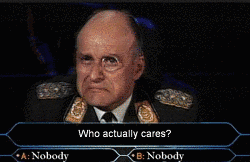 The Louisiana governor’s race Louisiana is inching closer.  Polls generally have indicated that Republican US Senator David Vitter is in a tight race with Democrat Rep. Jon Bel Edwards, although there is one poll that notes a strong uptick by Republican Scott Angelle, Louisiana Public Service Commissioner.  Republican Lt. Governor Jay Dardenne is also running for the top seat and is in the low teens and a virtual tie with Angelle in most polls.

That might describe the public’s sentiment right now as they are not tuned in.  Despite their apparent disinterest, they are also now very pessimistic over the direction the state is going at this point in time.

You would think that pessimism would energize the populace, wouldn’t you?

If not, what will?

Jim Brown and I interviewed Dr. Michael Henderson, the Director of the LSU Public Policy Research Lab, who published a poll recently concerning the election.

Among issues discussed are the impact of Louisiana’s budget, Governor Jindal’s unpopularity, pessimism, oil prices, lack of knowledge, and other issues.

This is part I of the multi-part series focused upon the poll, so, you’ll want to tune in to see what candidates might do to fight the “uglies” of the public’s lack of interest and their unhappiness over the state of afffairs.

Below is the video of the interview with time stamps.  You can watch entire interview and/or you can click on the segment(s) of interest.  To do the latter, simply click on the “read more” blue hyperlink.

Another gubernatorial survey has been released and hus, the Battle of the Polls do continue.