Advocates of tax-and-spend government ought to be increasingly happy at the turn of fiscal events in Louisiana. Not only did they get several hundred million dollars in tax increases for this current budget, they might be in line to do it again with next year’s – if the public buys their specious argument that this represents the only alternative.

A couple of months into fiscal year 2016, already budget problems have cropped up. The effect of the tax increases, largely of the pass-through variety that will affect almost everybody, was forecast slightly too low, as were expenses for the Taylor Opportunity Program for Scholars. So was the price of oil, which so far is running on average a good $10 below the figure on which the budget was based. Throw in health spending that did not get about $350 million in projected expense increases, and this year’s version might be a half-billion dollars out of balance when all is said and done.

While some help with the health care expenditures may come in the form of a legal settlement to the tune of over $100 million for this year, the next year’s looks perilous as well. Projections combining the effects of tax changes, legal settlements, and funds sweeps about doubles the amount of money not available for FY 2017 to make the revenue-expenditure gap around $1 billion, should current revenues and expenditures in the aggregate otherwise stay the same.

So what should the state do, repeat jacking up taxes another three-quarters of a billion dollars for next year? That sounds like the plan of Democrat state Rep. John Bel Edwards, as the gubernatorial candidate explained at a recent forum of contestants for the state’s top job put on by a collection of south Louisiana business interests, who said “If we could cut our way to prosperity, we would be there today.”

In reality, that is an entirely fictitious sentiment. During the first six years of Gov. Bobby Jindal’s terms, spending has grown. In FY 2009, exclusive of disaster recovery funds and one-time national Democrat spending bill bonuses, total spending was $22.3 billion of which $14.7 billion came from the state, while in FY 2014 all spending was $25.5 billion of which the state contributed $15.5 billion (data for FY 2015 will be out at the beginning of next month). In the aggregate, the budget was not “cut” – total spending is up 10 percent and the state’s portion is up 5 percent.

This reinforces the truism that Louisiana for years has faced not a revenue problem, but a spending problem. Which means that if revenues falter, there are areas in which spending could be cut, especially if we count as an “expenditure” tax credits paid out that exceed tax liability, or restructured for more efficient usage. Not surprisingly, there are many; some well-known, others not so much.

There are the old wasteful standbys such as payments for empty nursing home beds (annually $15 million), funding the Earned Income Tax Credit ($48 million) and the Motion Picture Investor Tax Credit ($180 million), tolerating low TOPS standards (one solution to this putting potential savings over the first three years of that particular reform at $181 million), and subsidizing New Orleans health care ($22 million) (the tax credit amounts partially contain offsets to tax liabilities and provides some low amounts of tax dollars generated). These are low-hanging fruit all discussed in recent years but, with the exception of minor tinkering to the film credit and eventual soon elimination of the tax credit for solar energy installation, changes to these never were acted upon by enough gutless legislators discouraged by other legislators carrying water for the interests that would be affected by any changes, or in the case of TOPS vetoed by Jindal.

But how about the fact that, despite having one of the worst elementary and secondary education systems among the states, even if it’s improving, Louisiana ranks in the middle of per-pupil spending? At slightly over $12,000 in 2013 it was 25th, although at just over $5,000 in state sources or 35th, because it was 3rd in federal per pupil dollars. To make matters less appealing, the money it directs to administrative costs ranks it 19th. This argues for standstill Minimum Foundation Program formulas, if not cuts to them, along with the formula redirecting even more money to instruction, in order to wring more efficiency out of the system that saves money concerning the state’s second-biggest area of spending.

And in regards to the largest area, health care, consider that reforms to create a seamless Medicaid waiver program, which in part would have the effect of placing more people with disabilities in the community and having fewer institutionalized, would save next fiscal year (assuming it is on time and in its present form) $48 million. Also dealing with waiver programs, revision of the resource allocation model to align better actual client needs with care resources probably would show efficiencies that would reduce costs significantly; for example ensuring that every infant whose care basically consists of PEG (percutaneous endoscopic gastrostomy) tube management genuinely requires as many nursing hours as they currently are given (generally the state paying $32 a hour with many having around-the-clock nursing).

The larger point is that if the state runs into financial difficulty, the broad-based tax increases inflicted upon the public this year are not the only option. Any politician that says otherwise is any or all of not well informed, without political courage, or wants bigger government with more power over the people’s property. 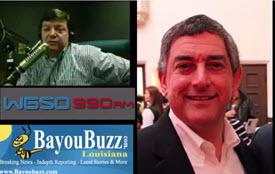