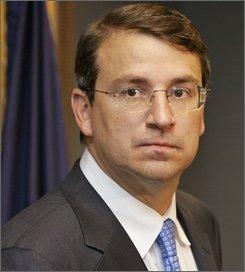 As the clock ticks down to the end of qualifying today, the ultimate question  many are asking--Will John run?

John, as in John Georges.  Run?  As in run for Governor?

Georges is the millionaire who could self-finance his campaign and present himself as a Trump-type outsider, a "businessman with a attitude" type of candidate.  He is also the owner of The Advocate newspaper.

I attempted to contact Georges today but so far, he is not available.

He has expressed to me over the past few days that he has received numerous requests for him to jump in the race.

According to his pollster, Verne Kennedy of MRI,  Georges is in France.  Kennedy told me a few minutes ago in a telephone conversation that he doesn't know what Georges is going to do, that over the weekend he did not believe Georges was going to run but he did receive a phone call from him on Wednesday whenupon Georges informed him that he was rethinking it.

The pollster also said that Georges has been getting calls everywhere, one even came from a friend who would finance TV ads.

When asked, Kennedy said he did not think Georges was going to run, but, the person who knows, or who would know, would be his attorney, Jack Capella, but that he doubted that Capella would be answering any inquiries, at this time.

Four years ago, Georges waited until the afternnoon of the last day of qualifying to announce he would not be running against Bobby Jindal.

He has  made recent public statements that he would only run if he felt he could win.

If he were to run, he would need to obtain a significant vote from the African American community.

Currently, Democrat Jon Bel Edwards, has been the candidate receiving the support of the black population in the various polls.  Edwards has the backing of the Louisiana Democratic Party.