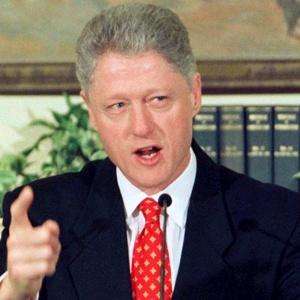 So, Hillary Clinton, the architect of the Clinton campaign's plan to handle “bimbo eruptions,” is supposedly concerned with victims of sexual assault. She is so skilled at lying that she does not realize the hypocrisy so evident in her new campaign message.

The most serious charge was made by Juanita Broaddrick, who maintains that she was raped by Bill Clinton in a Little Rock hotel in 1978. She claims that several weeks after the rape, Hillary Clinton threatened her at a political event. According to Broaddrick, she became “physically ill” after Hillary tightly held her hand and said she appreciated “everything you do for Bill.” Broaddrick was convinced Hillary knew of the assault and wanted to pressure Broaddrick to remain quiet.

Kathleen Willey said that in 1993, during a visit to the White House, she was sexually groped by then President Clinton in a hallway adjacent to the Oval Office. At the time, she was a strong Clinton supporter and campaign volunteer; however, on this occasion, Willey claims that the President fondled her breast and placed her hand on his genitals.

Willey was visiting Clinton to request a paid position since her husband was being investigated for embezzlement from one of his legal clients. While she was not offered a job by the President, she was subjected to his unwanted touching and his crude acts of sexual harassment. Sadly, on the day of her White House visit, Willey's husband committed suicide.

In an interview with the American Mirror, Willey states that Hillary was well aware of what Bill Clinton did to her and many other victims. In Willey's view, Hillary “just chose to ignore the plight of all of his victims, thus enabling him to continue to abuse and rape women in the future.” Needless to say, Willey is quite angry with Hillary Clinton and believes “she’s a money-hungry hypocritical witch who will do anything for money.” Willey continues, “She’s a lying pig. I cannot believe that she had the gall to make that commercial. How dare she? I hope she rots in hell.“

Congratulations to the courageous Kathleen Willey who refuses to go away quietly and keep quiet about Bill and Hillary Clinton. Hopefully, her words of warning will make a major impact in the upcoming presidential race. The last thing this country needs is for Hillary Clinton and her husband, the serial adulterer, to be back in the White House. It would be a clear case of giving way too much power to the wrong people with potentially devastating results.