US economy, Presidential elections and Standard of Living: Q & A with Prof. Don Boudreaux 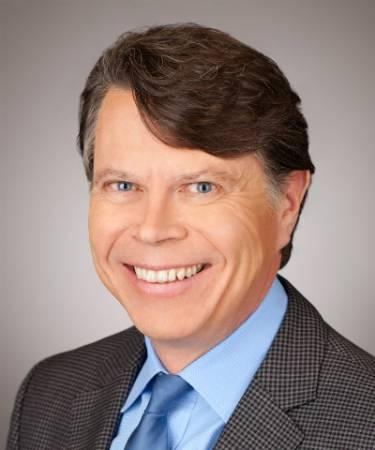 With the U.S. economy failing to produce a real recovery and with U.S. elections less than sixty days away and with the standard of living continuing to fall, how should the country turn things around so it would be on a better course to handle the global demands of the future?

This was the issues discussed as Bayoubuzz interviewed economist Professor Don Boudreaux, formerly from the New Orleans region in a recent skype-chat interview.

Professor Boudreaux currently teaches at Professor of Economics at George Mason University in Fairfax, VA.  author of Globalization and who was born in New Orleans, graduated from Archbishop Shaw and Nicholls St University.

Here are the questions posed by publisher Stephen Sabludowsky

Bayoubuzz: What do you think is the biggest problem that the U.S. has from an economy standpoint?

Donald Boudreaux: Overly burdensome government regulations; a culture in DC that is too favorable toward maintaining, and even increasing such regulations; and a related resistance to reducing marginal tax rates.

Donald Bourdreaux: Confidence in free markets is being replaced by confidence in government and its bureaucracy.  Investors and entrepreneurs don't respond favorably to such an atmosphere.

Bayoubuzz: how are those hurting the economy?

Donald Boudreaux: In two ways: first and worst, these regulations add costs to doing business - to hiring workers, especially.  Second, the political atmosphere that generates these regulations today seems to threaten even more such regulations in the future.

Donald Boudreaux: Also - here's a third reason - the details of many of the regulations are as yet unknown.

Donald Boudreaux: How the regulations will be interpreted and implemented - this is a great uncertainty that stymies entrepreneurial and investor enthusiasm for subjecting themselves and their assets to market competition.

Donald Boudreaux: It's enormous.  The level of government debt held by the public hasn't been as high as it is today since 1950 (when the last of the WWII debt was being paid off).

Donald Boudreaux: Savvy investors and business people know that government will have either to raise taxes or to inflate in the future to pay down that huge debt.  That makes the future look more risky.

Bayoubuzz: Do we have more or less government regulation than say our immediate competitors?

Donald Boudreaux: I don't think it's helpful to describe other countries as "competitors."  When we trade with them we are more in a position of partners.  And that's a good thing.  Still....

Donald Boudreaux: The U.S. IS becoming a less attractive place in which to invest, to start a business.  And that means that some capital that in the past would come to the U.S. to launch a new firm or to help a U.S. corporation, say, refurbish a factory is today going elsewhere.

Donald Boudreaux: A newly released study has found that, in the past few years, the amount of economic freedom in America has fallen significantly.  That makes our economy a less appealing place to do business.

Bayoubuzz: Although we do not consider our trading partners as competitors, in a real sense they are.

Bayoubuzz: What I am trying to figure out is whether they have more or less regulation, generally

Bayoubuzz: I know each country differs

Donald Boudreaux: Well, I disagree (although that language is commonly used).  Trade is mutually advantageous.  Both parties gain.  Today, compared to the past, American-based companies are now saddled with more regulations and higher taxes.....

Donald Boudreaux: If we improve our regulatory and tax climate, we will become wealthier regardless of what other countries do.

Donald Boudreaux: But if we continue this hostility toward free enterprise and competitive markets.... continue this intensification of cronyism (such as bailing out big corporations and subsidizing 'sexy' industries.... we will remain stagnant.

Donald Boudreaux: It's important to remember that the amount of productive capital in the world - human creativity, bulldozers, software, office equipment, research labs, you name it - that amount isnt' fixed.  It expands when markets are free and shrinks when they aren't.  So we can get more capital on our shores by freeing our markets even if other countries continue to get more capital on their shores.

Donald Boudreaux: In short, it's a mistake to think that our problem lies chiefly in being 'less' competitive (or less free, or less whatever) than other countries.  Instead, our problem is simply that government is today to big and too arbitrary in the exercise of its regulatory and taxing power.

Donald Boudreaux: Put differently, America can fix its problem without worrying about what other countries do.  And if we don't fix our problem - in my view, by reducing regulations and taxes - we will suffer because of what we are unwisely doing to ourselves rather than because of what is going on elsewhere in the world.

Bayoubuzz: Well the reason I ask this question

Bayoubuzz: is because I hear all the time and I assume you hear too, that we will soon end up like Europe

Bayoubuzz: socialism here and there

Donald Boudreaux: Yes.  And that IS a legitimate fear.

Bayoubuzz: But for the uneducated like myself, and by no means am I a socialist because I like having money too much

Donald Boudreaux: American intellectual elites generally admire European welfare states.  I do not admire them.  They are unnecessary; they make the typical person in those countries not only less free but less materially wealthy.

Donald Boudreaux: But American intellectual elites - and they now have booming voice in the current White House - think that more welfare-statism is just what we in America need.

Donald Boudreaux: If we in the U.S. continue down that road, it will happen here, too.  And that would be a most unfortunate outcome.

Bayoubuzz: I understand...and since this is an election year, the two major parties are taking opposite sides of the argument on this issue

Donald Boudreaux: Europeans' fantasy is that each of them can live off of the government - forgetting that the government can only give that which it takes.  And when the government takes (taxes!), productive people produce less.  Society becomes poorer than it would otherwise be.

Donald Boudreaux: Americans have until now avoided government intrusiveness of the sort that is now suffocating Europe, but there's no reason to believe that we're immune to the problems.

Donald Boudreaux: Yes.  The GOP rhetoric is more to my liking.

Donald Boudreaux: Although the GOP in general, and Romney in particular, say lots of things that make me wince.

Bayoubuzz: What independents and some democrats are saying as I understand is this

Bayoubuzz: that don't keep complaining about our looking more like Europe since in general their standard of living is much better

Bayoubuzz: I did not believe this

Bayoubuzz: as I have been over there

Bayoubuzz: but in a recent study

Donald Boudreaux: You are right not to believe it.  It's untrue.

Bayoubuzz: we are ranked ninth

Donald Boudreaux: I have great respect for empirical studies, but they can be misleading....

Donald Boudreaux: Other studies, other sources of evidence, cast doubt on the claim that the typical western European lives better than does the typical American.

Donald Boudreaux: This is a BIG issue that is impossible to cover adequately here.

Donald Boudreaux: But one additional thing.....

Donald Boudreaux: Take Sweden.  It does have a larger welfare state than does the U.S., but in several other areas its government is actually less burdensome and intrusive than is Uncle Sam of late.

Donald Boudreaux: Sweden, for example, has had school choice for 20 or so years..... That fact likely greatly improved K-12 education there.

Bayoubuzz: Allow me to show you a site that I came across after I heard recently that the US is ranked 9th...we are talking about Sweden, Ireland, Germany, Norway...

Bayoubuzz: Switzerland, Netherlands...now i am not endorsing this site, I just found it after hearing that argument

Bayoubuzz: I am sure there are others as you say

Bayoubuzz: but, assuming the validity of the conclusion...

Bayoubuzz: that the US is in the lower tier

Bayoubuzz: and some of the socialist European countries are not

Donald Boudreaux: "One thing that I see immediately in that link you sent is that it discusses "quality of life."  That's very subjective - and subject to be defined in ways that bias the conclusion.  The site, I see, also has a rank of "inequality."  The assumption seems to be that income differences themselves are a source of discontent - that such differences somehow reduce the quality of life.  That's a VERY debatable proposition."

Donald Boudreaux: I've yet had time enough to explore that site thoroughly enough, but I've seen others that are similar to it.  I would not be surprised (although I can't yet know) that many of the variables that its compiliers use to measure "quality of life" are statistical abstractions that, in fact, likely have no effect on the quality of life that an ordinarily person experiences.

Donald Boudreaux: That is....

Bayoubuzz: Is there a particular study that you endorse? On this issue?  If not now, perhaps later you might share it with us?

Boudreaux: All that said, I am not saying that it's not possible that U.S. living standards are declining relative to those in Western Europe....

Donald Boudreaux: I can find some stuff and send them to you.  I don't recall off-hand now the details.

Bayoubuzz: Sure, of course...

Bayoubuzz: But, this is the argument i am hearing

Bayoubuzz: and I personally know in my gut...

"Here's an anecdote: in 2003 something like 70,000 people died in Europe - including 14,000 in France alone - because of excessive summer heat.  Much less A/C there.  Sure, they all had in principle access to "free" health care and "free" college tuition.  But so many deaths!  New Orleans, as you know, gets that hot every summer - yet without such carnage."

Donald Boudreaux: There is a strong positive correlation between the economic freedom of countries and the standard of living of the middle class in countries.

Bayoubuzz: what does Romney need to do in your opinion to overcome the latest polls that show he is dropping, even in the realm of the economy...if you were advising him, what would you say?

Donald Boudreaux: I'd advise him to be bold.  Don't be Obama lite.  Reagan spoke boldly and proudly in favor of free markets and personal responsibility and of the dangers of big government.  Romney should do the same.  The only problem is, though, that he's for so long been namby-pamby that any such transformation might well be seen to be fake.