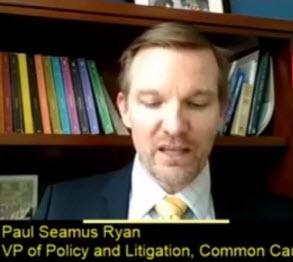 There's a growing discussion and debate over whether Donald Trump Jr. and Team Trump violated federal campaign financing law when it met with the Russians at Trump Tower on June 9th. One of those people and organizations who claim that the federal campaign law was broken is Common Cause, the non-partisan watch dog organization which filed a complaint last week.  On Monday, Bayoubuzz Publisher and attorney, Stephen Sabludowsky interviewed the VP of Policy and Litigation Paul Seamus Ryan to determine the basis for the complaint and amended complaint.  Below is part one of that interview and video which picks up with the purpose of the legal action: