Are you going to San Francisco? Be sure to bring trash bags 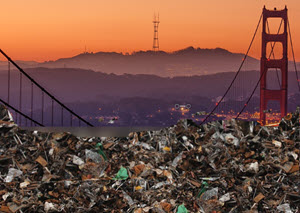 Throughout most of its history, San Francisco has been known as the beautiful “city by the bay.” It has wonderful scenery, the Golden Gate bridge, the cable cars, Pier 39 among other wonderful cultural attractions. Sadly, it is also led by unhinged progressives who are in the process of destroying this city.

While there is incredible wealth in San Francisco, along with plenty of high-tech corporate headquarters, there is also a growing poverty problem. Currently, according to the city’s own definition, there are approximately 10,000 homeless people living in San Francisco.

Not only are poor people living in tents, but they are defecating and urinating on the streets. This has forced the city to hire a squad of employees dedicated to cleaning up the increasing mess of bodily waste on the streets. Of course, with thousands of people using the streets as a bathroom, the rodent and health problems have exploded.